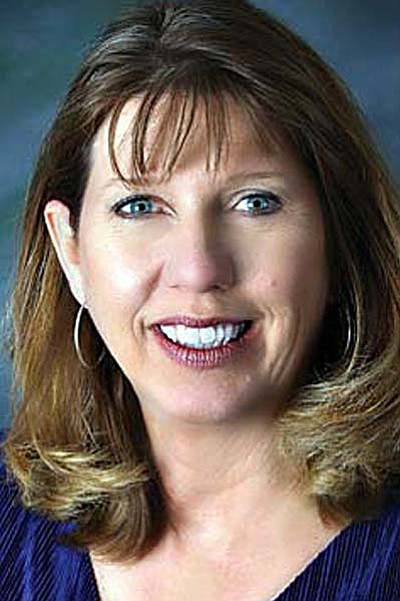 PRESCOTT- Yavapai County Board of Supervisors Chairman Craig Brown on Wednesday, June 10 released a list of the controversial actions that Assessor Pamela Pearsall has taken, from losing court cases to personnel missteps.

The eight-page document, which County Administrator Phil Bourdon said he created for board members, details refunds as a result of court challenges to assessments, which amounted to $508,000 between 2012 and 2015; and "major litigation and/or settlement costs," which came to $1.1 million. He said future settlements would likely add to that number.

Pearsall, who said she hadn't seen the document until shown a copy by a Daily Courier reporter, said it was the board's decision to pursue lawsuits or not.

She added that the list did not include an assessment lawsuit that her department won-it is being appealed-against Phoenix Cement Company, in which a judge ruled that the company's taxable amount should be increased $35 million for 2010 and $30 million for 2011. The judge also levied penalties of $6 million, payable to the county.

"If you look at the taxes on this, that the county got, they're way ahead," Pearsall said. "It offsets any argument about the cost of litigation."

"What is occurring that didn't occur before in this county is, we have major corrections and lawsuits," Bourdon said. "There really wasn't that much prior" to Pearsall's election in 2009.

Bourdon also said that, since 2009, 46 percent of Pearsall's employees were hired "through a process that by-passes the competitive recruitment process." The department, he said, hired 19 of 41 employees by bringing them on as temporary workers and then making them full-time later.

Bourdon noted in the document that the Board of Supervisors has closed that "loophole," which "took flexibility away from other departments that were not abusing that provision of the policy."

Included in the document is an account of the hiring of Pearsall's daughter, Ashley Stewart-Pearsall, who worked in the office twice, for about a month each time. Pearsall has been charged with two misdemeanors for violations of a state law that prohibits county officials from hiring relatives.

Bourdon said, in an interview, that the county was obligated to begin legal action in March after Pearsall sent a letter to the board stating that she had received legal advice that she had not violated the law or county policy.

Finally, Bourdon chronicled the creation of a county GIS department. This came about, he said, after a series of discussions about the workload of cartographers in the Assessor's office.

The plan, he said, was to move cartography back under the Management Information Systems (MIS) department, where it had been until 2001.

In the board's April 27 meeting, he said, Pearsall floated a plan to combine cartography and the title units in her office, and, in the process, eliminate a position held by a 20-year county employee, Tina Bourdon, Phil Bourdon's wife.

Bourdon said he believes Pearsall's decision was motivated at least in part because he called a former long-time county cartographer, who told him that it made sense to move the workers back to MIS, which he reported back to the board.

"I'm sorry to say, it's clear that she targeted my wife," he said.

Pearsall denies that she tried to eliminate Tina Bourdon's position as a retaliatory move, but rather as a $70,000 cost-saving measure.

Pearsall said she would make the change on May 12, but in a May 4 meeting, the board decided to create a GIS department "to provide mapping, titling and related services," Bourdon said, a move that kept Tina Bourdon, a title examiner, on the payroll.

Meanwhile, Prescott Valley resident Bill Williams, a paralegal, has filed a lawsuit in Superior Court alleging that the board violated the Arizona open meeting law in that May 4 meeting because the board went into an executive session and "re-organized an entire department without public comment and behind closed doors."

The complaint also claims that staff members involved were not notified.

Williams has also filed a complaint with the Arizona Attorney General's office.

Pearsall's next court appearance on the two counts of employment of relatives by a public official will be July 17.