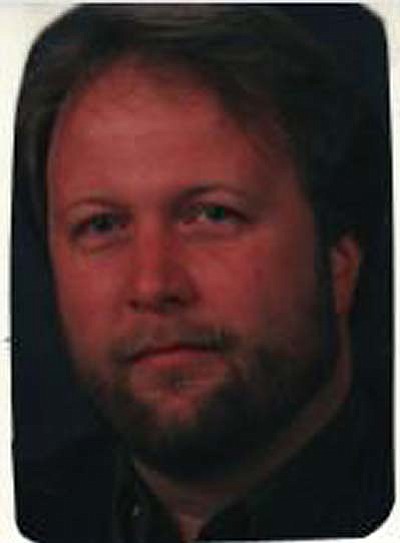 Ronald Gene (Mutz) Deserrier passed away peacefully in his home on Saturday, May 30, 2015. He was born on Oct. 29, 1958 to Dearyl Gene Mutz and Sharron "Shakura" Goldsberry in Newport Beach, California.

He is survived by his stepson Lance Lebowski; sisters Julie of Missouri, Lisa of Las Vegas, Kim of Colorado and Katrina of Florida; brothers Gerald of Colorado and Jeff of New York; his great-nieces and nephews, Ryan, Alex, Amber, L.J., Nicholas, Jeff, Daniel, Braden, Kylie, Ariana, Aiden; his two beloved four legged "girls" Annie II and Delilah; and his falcon Raskle. He is preceded in death by his loving wife Di, his mother and father.

Ronald was a proud senior member of the United States Air Force 509th. He was a master falconer, A Martial Arts Expert who studied under Grandmaster Dan Inosanto.