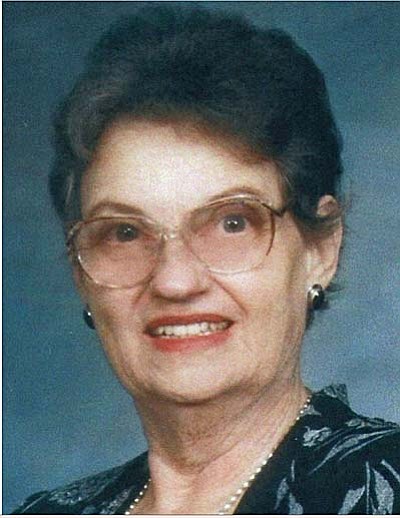 Her life will be celebrated during a memorial service beginning at 11 a.m. on Saturday, June 27, at Fountain of Life Community Church, 3160 Lynx Lake Drive in Prescott Valley.

Survivors include her beloved husband of more than 62 years, Philip Ogle. There are three sons and daughters-in-law: Ed (Stacey) Ogle of University Place, Washington; Bob (Renee) Ogle of Grand Prairie, Texas; and Jeff (Leola) Ogle of Phoenix. Shirley was also preceded in passing by an infant son.

Shirley Jean Dye was born on July 23, 1935, in Oilton, Oklahoma, as the youngest of Vernie and Grace Dye's eight children. She married Philip on Jan. 1, 1953, and their journey together eventually brought them to Prescott Valley in 1991.

Shirley was a loving mother and wife, and had a number of other roles during her life, including a lengthy career as a real estate agent and broker. She also enjoyed singing, painting and sculpting, devoting much of her time to all three pursuits over the years.

In recent years, Shirley developed a strong relationship with God and the church. She worked with Phil in outreach efforts, visiting eldercare facilities throughout the area. Shirley touched hundreds of lives with her songs, while Phil added encouragement through scripture. Shirley passed away with the knowledge that she would be part of God's kingdom, and we take comfort in knowing that she's with Him now.

Heritage Memory Mortuary of Prescott is coordinating and providing services for the memorial.