Manslaughter suspect turns self in 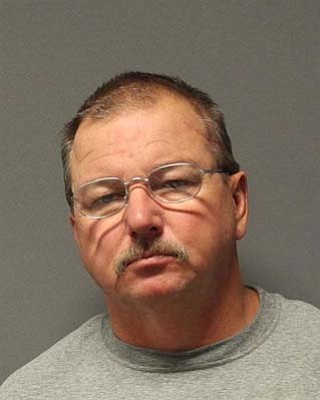 CAMP VERDE - A man Yavapai County sheriff's deputies said was driving drunk when he crashed a Jeep on April 11, 2015, killing a man who had been riding with him, has turned himself in, a spokesman for the YCSO said.

James Brown, 55, of Black Canyon City, was driving the Jeep Cherokee with a 0.176 blood alcohol content at about 8 p.m. on Bumble Bee Road near milemarker 3, according to Yavapai County Sheriff's spokesman Dwight D'Evelyn.

Deputies responding to a call for a vehicle rollover found the Jeep in a ditch. Brown was on the ground bleeding, but conscious. His passenger, Chad Dube, 40, was fatally injured. Brown was airlifted to a Phoenix-area hospital, but was released before charges were filed against him.

Brown was wanted on charges of manslaughter and DUI,