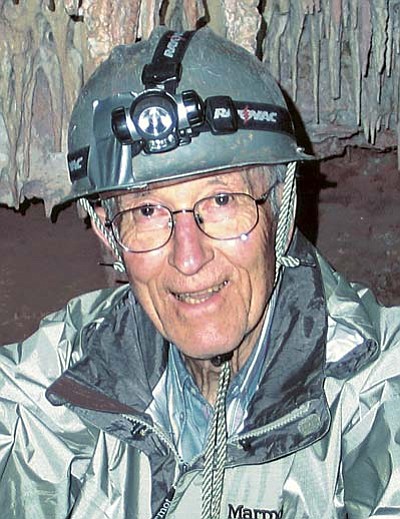 Roy's life began in the Philippine Islands, where his father operated a dental practice. He was the only child born to Roy F. Barton Sr. and Mabel (Wehrli) Barton. After relocating to Taft, California, his parents divorced in 1929, and Roy and his mother moved to Los Angeles. When Roy was nine, his mother sent him to Mound City, Missouri to be raised by her brother Roy Wehrli and his wife Janet.

In Mound City, Roy attended the local school and helped his uncle in his grocery store. He was a mischievous boy, famous throughout the town for his pranks. After high school, he learned auto mechanics before heading to the University of Missouri to study electrical engineering, but after a year, joined the Army Air Force. He served in the Asiatic Pacific Theater of WWII as a cryptographer and radar technician.

After the war, Roy returned to Los Angeles. He went to work in 1954 for Standard Tool and Die (later known as Stadco) as a tool and die maker. He met Florence Behler at a dance and they married in 1955. They began raising their two daughters, Donna and Cheryl in Glendale, California. Florence died of cancer when the girls were young; Roy eventually found happiness again when he married Marian (Pennington) Conners in 1973. Roy and Marian finished raising his daughters and her youngest son Dave in Glendale. Roy retired from 32 years at Stadco in 1986 and he and Marian moved into a home in Prescott in 1992.

The 20 years spent in Prescott were filled with caving, rock climbing, and hiking and backpacking trips for Roy. He and Marian traveled much of the world together. Life changed when Marian suffered a stroke in 2006. Roy became Marian's caregiver and rarely left home for more than a day. She passed away at home in May of 2012. Roy's cognitive decline accelerated after Marian's death, so although he hated to leave Arizona, he moved back to California to live near daughter Cheryl in Arroyo Grande. He lived independently for the next 2 1/2 years, moving to an assisted living facility and then a memory care facility this year. At 91, he still took a hike every day. He died unexpectedly, but peacefully in his sleep a day after he was hospitalized in Arroyo Grande for pneumonia.

He was a quiet and shy man who preferred the company of his wife and children to having many friends. But once retired and the children gone, he made many friends with those who enjoyed caving and hiking. He remained always a fair and honest man, respected for it by his family and those who knew him.

Contributions in his memory can be made to the Sierra Club (415-977-5653) or to a favorite charity. There will be a memorial "Roy Hike" to the top of Thumb Butte in Prescott on Oct. 17, 2015. For hike details email Donna (dreitel@suddenlink.net) - please come join us.