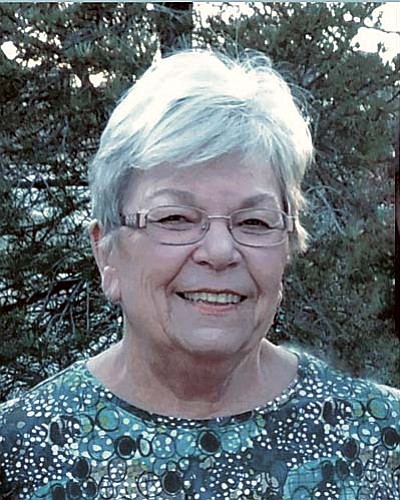 Marcelyn Gay (Gallatin) Cook, was born on Aug. 12, 1944 in Evansville, Indiana to Wayne and Eleanor (Cooper) Gallatin. Marcy passed away peacefully surrounded by her loved ones on July 26, 2015.

Due to her father's career in the gas line industry, she moved a lot as a child and settled out west in Flagstaff, Arizona in 1960. She graduated from Flagstaff High School and started a banking career with Valley National Bank. She married her husband Richard in 1972 and they had three beautiful daughters. Because of her love for children, she changed careers when she became a mother in 1974 and worked for several Phoenix school districts as a teacher's aid. Marcy brought out the best in each child that she met, whether it was in her daughters, her grandchildren or the many children she made a difference in at all the schools over the years. After retirement in 2011, she moved to Prescott where she volunteered at the Prescott Unified School District and became very passionate in quilting, even joining many quilting groups all over Arizona. Marcy's active lifestyle and genuine concern and love of people will surely be missed along with those great big hugs.

Marcy is survived by her husband of 43 years, Richard Cook; sister Kay (Jerry) Williams; daughters Lisa (Chris) Flanagan and Jodi Gilray; and grandchildren Shane Flanagan, Ryan Flanagan, Zachary Gilray and Allana Gilray. She was preceded in death by her daughter Katy Cook; her son-in-law Jason Gilray; and her parents.