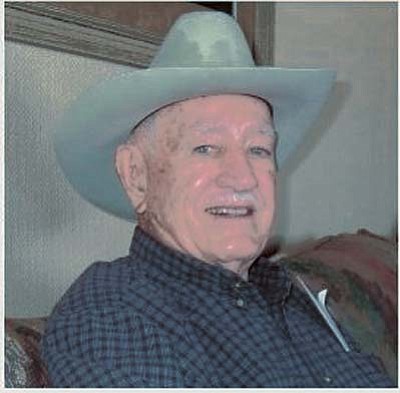 Jack Graves Lassen, 98 years old, of Prescott, Arizona, died peacefully at home surrounded by family on Wednesday, July 8, 2015, after a long, but courageous battle with prostate cancer. He was a World War II U.S. Navy Veteran and one of the last of the "greatest generation."

Mr. Lassen was married to his beloved wife, Darlene Lassen for over 51 years until her death in 1997. Jack was born on Jan. 18, 1917, in Des Moines, Iowa to Frederick and Elizabeth (Robinson) Lassen. He also lived in Crescent City, California, Soccoro, New Mexico, Honolulu, Hawaii, and Agana, Guam.

Jack's service to his country took him all over the world as a young sailor serving on the U.S.S. Portland from 1937 to 1945 where he saw many battles firsthand, including the Battle of Coral Sea, Battle of Midway, Guadalcanal campaign, Battle of Leyte Gulf, Battle of Surigao Strait and Battle of Okinawa during the Pacific War. His training as a Chief Naval Radioman prepared him for his lifelong career in the Federal Aviation Administration. This career enabled him to be stationed at some of the most beautiful islands of the world including Hawaii and Guam where he and his family enjoyed some of their most memorable years

snorkeling, fishing and boating on the boat that he built with his own hands. After retiring in Prescott, he resumed his membership with the Smoki organization and their many activities. He loved traveling and sightseeing, being in the outdoors, and always enjoyed a lively card game with family and friends.

Services will be at 1 p.m. on Friday, July 24, 2015, at the Prescott National Cemetery and he will be memorialized with due military honors next to his wife where peace awaits them. Following the services, a reception will be at 2 p.m. at the Smoki Museum.

In lieu of flowers, please consider a donation to the Smoki Museum or the Prostate Cancer Foundation.