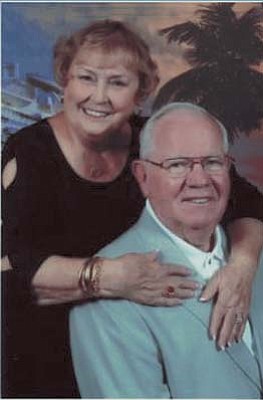 Melvin and Shirley Chamberlin will celebrate their 60th wedding anniversary on Aug. 6, 2015. They were married in the Methodist Church in Aledo, Illinois. They have spent 40 years in Phoenix and Prescott, Arizona. They formerly lived in Muscatine and Bettendorf, Iowa. Mel worked for Stanley Engineering Company in Muscatine and served as assistant city engineer in Bettendorf, Iowa. In 1975, they moved to Phoenix, Arizona and started Chamberlin Building Systems. They retired in 2002 and spend winters in Scottsdale and summers in Prescott, Arizona. They have two children, Rod and wife Laurel in Phoenix and Jerry and wife Karla in Scottsdale. They have three grandchildren. They plan to vacation with a Europe river cruise in October.