Prescott Film Festival has something for everyone 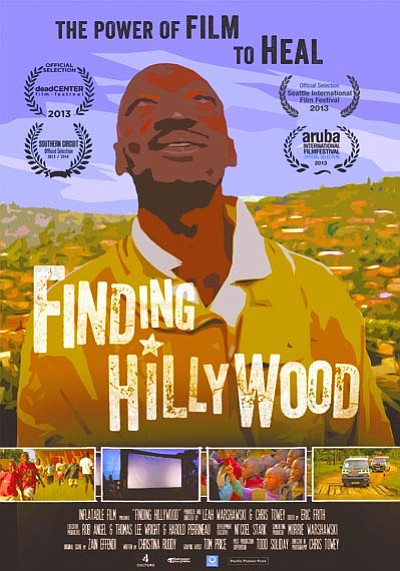 It's time for the cinephiles of Prescott to rejoice as the sixth annual Prescott Film Festival returns to Yavapai College next week from Wednesday to Sunday, July 22-26. Once again made up of feature films, short films and workshops, the festival will also have the Arizona Uncorked wine tasting and the student film competition.

Film Festival Founder and Executive Director Helen Stephenson said that something new at this year's festival is a canned food drive.

"One of the movies is called 'The Starfish Throwers' and it's beautifully told and really is about how people can make a difference in the world one person at a time," Stephenson said, mentioning that the film follows three individuals across the world and what they did to address the problem of hunger. "Inspiration is kind of the theme of the festival this year. We were so inspired by the movie we decided 'let's have a canned food drive.'"

Stephenson said that there will be barrels from different food banks across Yavapai County and for every two cans of food someone brings, they will get $2 off their ticket price.

According to Stephenson, the festival has grown incrementally every year and she said she is hoping to fill the college's performing arts center. And with the variety of films, Stephenson said the festival has something for everyone.

Stephenson talked about some of the films shown at the festival, including a sneak peak of the new Ben Kingsley and Patricia Clarkson film, "Learning to Drive."

"The movie will be released in August, but the studio was kind enough to let us show it beforehand," Stephenson said.

Following the showing of "Learning to Drive" will be the wine tasting by Arizona Uncorked.

Another film, called "Theeb," Stephenson said was made by a filmmaker born in Britain, but who is Jordanian by heritage. She said he wanted to make a period piece and shot it in the same location where "Lawrence of Arabia" was filmed. According to Stephenson, he used one actor and spent eight months training Bedouin tribesmen. The film is also his first feature, having done two shorts. Following the showing, he will do a Q&A session via Skype from Jordan and then there will be a free after-party behind the screen with a Bedouin tent and belly dancer.

Stephenson also mentioned a short film called "Reunited: POW and the Last B26," shown on the final day of the festival. She said it is about a man from the area who was a pilot in World War II and a POW.

"There's not many of those planes (B26) left around, so Guidance Aviation flew him to wherever this plane is to let him see it and kind of bond with it again," Stephenson said. "It's really a beautiful story."

This short film is preceded by the feature "Above and Beyond," which Stephenson said is about the Arab-Israeli War that occurred following World War II. She said when it happened, Israel didn't have an army, so they called up as many American pilots who would be willing to fight.

Also this year are the free workshops: "Hollywood through the Looking Glass," "Chapman Animation Showcase" and "Screenwriting with Philip Sedgwick."

"What we're doing and continuing to do is reach out to all the high schools in Arizona," Stephenson said, adding that last time she checked, Arizona was 40th in the nation of students who graduate from high school and continue onto college. "So we thought this would be a good idea to get students on a college campus in a positive environment."

For a complete festival schedule and more information, visit www.prescottfilmfestival.com.

Tickets are $12 per showing, $6 for students and Yavapai College employees, $100 for a 10-pack, $35 for Arizona Uncorked Wine Tasting and film, $120 for the 2015 All-Film Pass and $195 for the 2015 Platinum All-Access Pass. They can be purchased online. Purchased tickets will also be available from Will Call 45 minutes before the film begins.

- by Jason Wheeler, The Daily Courier.