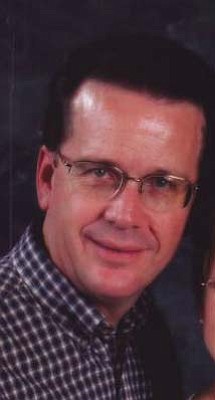 Russell Reeder Roberts peacefully passed with his wife by his side in their home in Prescott on Tuesday, July 14, 2015. Throughout his battle with cancer, Russ demonstrated immense courage, strength and determination, inspiring all who knew him in the process.

Russ was born in Artesia, New Mexico on Oct. 18, 1951, to Elizabeth (Bettie Sue) Reeder and Donald Roberts. He enjoyed a wonderful childhood in Farmington, New Mexico with his three siblings, Steven, Linda and Brian.

After graduating from Farmington High School, Russ earned his Bachelor's Degree in Economics from New Mexico State University. Furthering that education with an MBA from the University of Phoenix, Russ exemplified the value of hard work and education.

Yavapai College was Russ' home away from home. He worked there diligently for 31 years. His career culminated in his position as Division Dean for the Business and Computer Science Division from which he retired with Emeritus Status in June of 2013.

Russ always had a passion for sports. From the High School Varsity football team to running in countless races, he enjoyed friendly competition. Not the least of which came from his years of participation in local church basketball leagues. His greatest passion was golf; a pastime that kept Russ eagerly anticipating Friday afternoons on the course with his new clubs and good friends.

On Jan. 2, 1993, Russ married his sweetheart, Margo Hall Roberts. This union combined two families into one, with 10 children and a lifetime of incredibly tender memories. In his 63 years, Russ valiantly filled the roles of husband, father, son, brother, uncle and his favorite role of all ..."Papa." Also loyal friend, loving neighbor and dedicated disciple.

Russ was a member of the Church of Jesus Christ of Latter-day Saints. He delighted in sharing his knowledge of Christ with others and finding ways to be of service to his fellow man.

Russ' family would like to thank Hampton Funeral Home for handling the arrangements and invite friends to celebrate his life so beautifully lived at 2 p.m. on Saturday, July 18, 2015. Services will be at The Church of Jesus Christ of Latter-day Saints, 1101 Sandretto Drive, Prescott, Arizona. A viewing will be at 1 p.m., prior to the funeral.