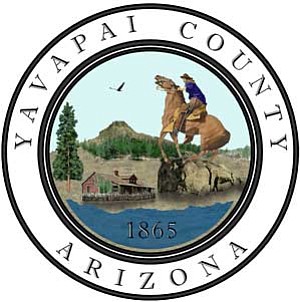 Yavapai County will spend more than $106 million on labor costs in the 2015-16 fiscal year. Personnel salaries and benefits make up more than half the county's proposed budget for next year.

The Board of Supervisors approved the county's tentative budget Monday morning, July 6, totaling more than $198.7 million, coming in $1.2 million lower than the 2014-15 fiscal year.

The tentative budget carries some good news for county employees pocketbooks as County Administrator Phil Bourdin said it includes a 2 percent cost-of-living increase. If approved, the increase goes into effect in January 2016.

Property taxes, Yavapai County's primary revenue source at $44 million, make up more than 46 percent of revenue to be collected in 2015-16.

"I'd like to stress the point that we were able to lower the tax rate while other entities have been raising it," District 3 Supervisor Chip Davis said. "We lowered our tax rate when the economy started to falter to suffer along with the citizens, and even now as it's starting to rebound, we're trying to hold it down."

District 2 Supervisor Thomas Thurman added that Yavapai County has been one of the only counties that hasn't raised property taxes in recent years.

"We didn't cut anything out," District 5 Supervisor Jack Smith said. "We didn't reduce services. As a matter of fact, we made things a little more healthy. And yet we're still keeping our tax rate where it needs to be."

Boudin said Yavapai County property taxes are more than $8 million lower than the maximum allowed value under state law, and he pointed out that the county has kept taxes from increasing despite $1.1 million in ongoing cuts by the state Legislature and a one-time cut of $1.3 million this year.

Within the general fund, county officials plan to reallocate more than $3.1 million, meaning expanded budgets in some departments and cuts in others. The biggest internal cut in the tentative budget will go to the county Assessor's Office, losing almost $745,000 - about 18 percent reduction to the previously $4 million budget for County Assessor Pamela Pearsall's department.

The second-largest cut goes to the Management Information Systems Department, set to lose more than $600,000 - cutting 8 percent from that department's nearly $6.5 million budget and zeroing out a $158,000 technology budget for MIS.

The two changes reflect the Board of Supervisors' May 4 decision to move employees from the two departments to create a new Geographic Information Systems Department with a starting budget of more than $1 million.

County Assessor Pamela Pearsall objected to the cuts from the get-go, and late last month she gained the support of 12 other county assessors in Arizona, calling the move a "constitutional overreach."

Also on the chopping block, the county's Facilities Department budget is set to be trimmed more than $500,000 to about $7 million.

The biggest increase goes to the newly formed GIS Department, with a starting budget of more than $1 million.

Juvenile Probation expenditures are expected to rise more than 12 percent, staying just below the $4 million mark, and Adult Probation will grow nearly 10 percent to $2.8 million.

Also on the plus side, Fleet Management expenditures are set to increase more than $300,000 to almost $4.8 million - a nearly 7 percent increase.

Final adoption of the county's budget is set for Aug. 3. Since property tax rates remained below their 2014-15 levels, the county will not be required to conduct a truth in taxation hearing.