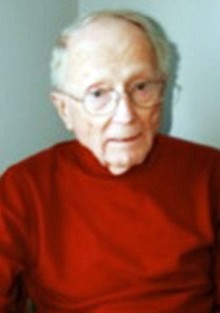 Jack was born on Sept. 24, 1924, in Terre Haute, Indiana, to Herbert and Gladys Hotsenpiller. They moved to Chicago where Jack graduated from Proviso Township High School in 1942.

He was drafted shortly thereafter into the army, and served in France during World War II. After his service, he received his teaching certificate and took a teaching position in Elgin, Illinois. Jack received his bachelor's degree from Cornell College, Mt. Vernon, Iowa, and a master's degree from the University of Nebraska, Lincoln.

Jack and Harriet retired in 1984 and moved to Prescott, Arizona, where they lived their lives to the end. They were active in the Prescott United Methodist Church and the Pine Lakes Hiking Club.