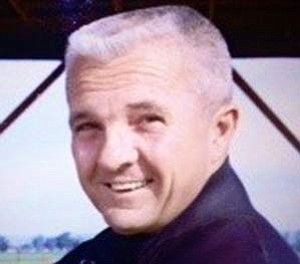 Tom entered the U.S. Army Air Corps in 1942 and was a member of the 9th Air Force, 36th Fighter Group. After his discharge in 1945, he married Margaret Smith in 1946. They lived in Chicago from 1948 until 1950 while Tom was training to become a court reporter. They then settled in Riverside, California, where Tom subsequently served as a court reporter for the Riverside Superior Court until his retirement in 1981. Tom and Margaret's greatest joy was the adoption of their son Timothy in 1954.

During his years in Riverside, Tom was a Mason and belonged to Evergreen Lodge #259. He was a founding partner of Highland Outfitters, Riverside's first backpacking store. Tom took up skydiving at the age of 44. He became a jumpmaster and participated in several exhibition group jumps throughout California. Toward the end of his skydiving years, Tom became a motorcycle enthusiast. He and Margaret enjoyed many years of touring throughout the Western U.S. and Canada on Tom's BMW.

Tom and Margaret moved to Prescott, Arizona, in 1989. They joined the First Congregational Church, and Tom formed a close relationship with the Rev. Robert Bradstreet. Their friendship continued until Tom's passing. During the last three years of his life, Tom resided at Pleasant Valley Care Home, owned and operated by Lisa Bason. Lisa and devoted caregivers Melanie, Clydell, Julie and Joanne became especially close to Tom over the years and provided him with exceptional care. Tom had a fabulous sense of humor and a keen interest in others so he was always a joy to spend time with. We are also grateful for Tom's hospice nurse, Karen, whose love, guidance and comfort during the past several months is deeply appreciated.

Tom was preceded in death by his son Timothy, his wife Margaret and his four siblings. He is survived by several nieces and nephews; goddaughter Michelle Sherrill of Prescott; and three godchildren in California.