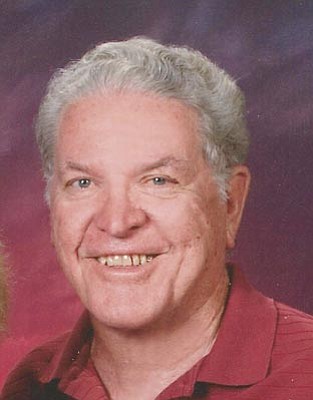 Jack Delano Gifford, 75, passed away Jan. 3, 2015. He was born in Miami, Arizona, the son of Norval and Mayme Gifford. When Jack was about 6 years old, he and his family moved to the Phoenix area, and he lived there until he moved to Prescott, Arizona.

After high school, Jack served his country in the National Guard for six years. During that time, he also earned a technical degree in electronics and started a family. In his early electronics career, he worked in the aerospace industry. During a slowdown in the '70s, he was recruited by a metal detector company and worked in that industry until his retirement. Jack was an entrepreneur and an electronics design engineer, and founded three companies. The last one, Tesoro Electronics, brought him many friends and national and international acclaim for his designs and his support of the industry. He started that company in Glendale, Arizona, in 1980 and when he moved it to Prescott in 1991, it provided new technical jobs and industry for this area.

Jack started visiting Prescott when he was in high school and, during his careers, he and Myrna would visit the area for some much needed R & R. Eventually he realized he could move the company to Prescott so they could enjoy the Prescott lifestyle full-time.

Jack loved his family, motorcycles, metal-detecting and working on vintage stereo equipment. He also built the speakers to complete the systems, many of which he gave to family and friends. After retirement, he became a PADI-certified scuba-diver. Jack joined American Lutheran Church and served on their board. He was part of the Tuesday night men's Bible study and worked in ALC's outreach programs such as The Rock and Teen Closet. He also worked at the Prescott Community Cupboard Food Bank and served on their board.

Jack is survived by his wife of 54 years, Myrna; sons James and Vince (Katy); three amazing granddaughters, Isabella, Lily and Charlotte; sister Gloria Gray; and many nephews and nieces. He was predeceased by his parents, infant daughter Kelly Jeanine, and sister Glenna.