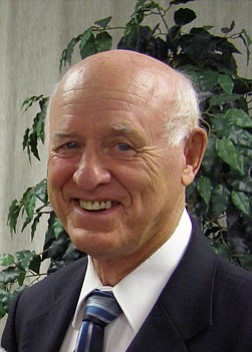 Ronald L Schuler, 77, died peacefully at home in Prescott Valley on Jan. 3, 2015 after a several month battle with cancer.

Ron was born on March 7, 1937 in Tuttle, North Dakota to parents Edward and Violet (Reiser) Schuler. The family farmed near Washburn, North Dakota until a bad winter forced them to move to Bismarck so the kids would not miss too much school. Ron was 13 at the time and their new home was across the road from his future wife. After graduating from Bismarck High School, he joined the National Guard for 2 years, followed by a 2-year stint in the Marine Corps.

Shortly after being discharged, he married his high school sweetheart, Lucretia Anderson, on Nov. 12, 1958. They took over the family farm for five years, and then moved to Minneapolis, Minnesota where they lived for 35 years. After retiring in 1999, he and Lucretia settled in Prescott Valley. He quickly tired of retirement, so in 2001 he began working as a part-time driver for Shuttle-U, driving passengers to the airport in Phoenix. He continued driving for over 14 years and loved his job.

He was preceded in death by his parents; and grandson, 12-year-old Zachary Schuler.

Arrangements made by David's Desert Chapel in Wickenburg, Arizona.