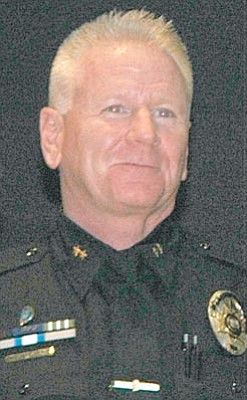 He resigned from the department on January 2.

Department spokesman Scott Stebbins said the department had "recently collected evidence of alleged misconduct" on the part of Askew, but would not elaborate further.

Stebbins said the Yavapai County Sheriff's Office would be conducting an investigation into the matter, and that no further information would be released until it was complete.

Askew began his law enforcement career in 1992 in upstate New York before coming to the PVPD in 1994.

He was promoted to commander in October 2011, and headed up the support services division.