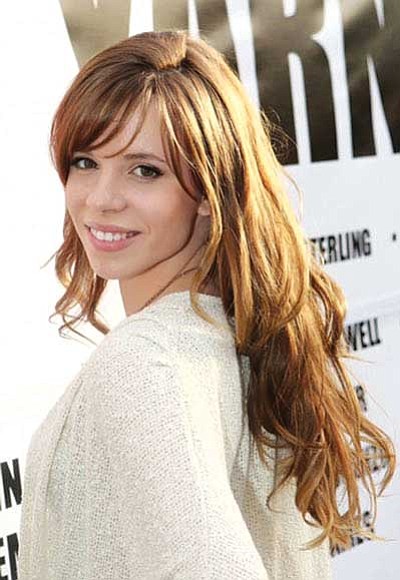 National recording artist, top-six "X-Factor USA" finalist and fan-favorite Drew Ryniewicz of Chino Valley, Arizona, will perform on the Allstar Nation Tour in front of thousands of students at a dozen Texas schools starting the week of Monday, Jan. 26, at Tomball Junior High School in Houston.

The Allstar Nation Tour is a national anti-bullying school music tour featuring emerging recording artists who perform and speak out against bullying at middle and high schools across the country. The highly engaging assembly is a free supplemental anti-bullying program. Artists sing Top 40 and original music to connect with students, according to a news release. Between songs, they speak out against bullying, share personal experiences, and discuss prevention methods.

Ryniewicz joins artist Branden Mendoza, who competed on "The Voice" Season 6; tour veteran and pop singer Tristan Blaine, 15; Canadian teen pop sensation Nic Neufeld, 13; and pop artist Omar Alhindi, 17, of Tyme Records. Additional performances during the week could be added and others in 2015 to be announced later.

In 2011, Ryniewicz attracted millions of fans as a top-six finalist in season one of "X-Factor" with her soulful rendition of songs like Justin Bieber's "Baby," Flashdance (Oh What A Feeling), and many others. She regularly led fan voting. Downloads of her performances sold on average three times more than other contestants. Though ultimately placing sixth, millions of fans continue to follow her on social media.

After the show, Ryniewicz released a five-track debut EP titled "Hello it's Me." It quickly rose on the iTunes charts the day it was released reaching No. 8 on the Pop Albums chart, without a label, backing or promotion. Now 17, Ryniewicz has evolved her singing career over the past few years and expects to release new original music in early 2015.

The Allstar Nation Tour has exploded in popularity having performed for more than 50,000 students and faculty at nearly 50 schools in 20 districts in Michigan, Texas, Wisconsin, and Florida since August 2014.