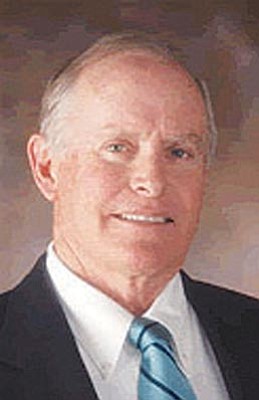 Sen. Steve Pierce is trying to increase the number of non-violent state prisoners who get released early into an intensive transition program that seeks to reduce the chances of people returning to prison.

His Senate Bill 1390 sailed through the Senate Judiciary and Appropriations committees on unanimous votes Feb. 19 and Feb. 24, respectively.

SB 1390 would require the Arizona Department of Corrections to expand its Prisoner Transition Program that allows prisoners to be released as many as 90 days early and get help with the transition to freedom.

The program cuts recidivism (repeat offenders) by more than half, said Jeff Taylor, a Salvation Army board member who co-authored the original 2003 legislation that started the Transition Program for first-time drug offenders.

"Each time, we got a few more people in the program but it's not enough to make a difference," Taylor said.

The DOC housed more than 42,000 inmates last year and released 943 inmates early into the Transition Program, the Associated Press reported.

Pierce's bill would require the ADOC to put at least 3,500 inmates in the early-release Transition Program during the next fiscal year and 5,000 annually thereafter.

SB1390 would allow most non-violent prisoners to be eligible for the program. The state would have to provide substance abuse treatment, anger management, cognitive skills training, parenting skills, family reunification training, further education and job placement.

A 5 percent fee on prison pay would cover the costs of the program, Pierce said.

In all, he estimated the program could save the state $100 million over five years. He'd rather see that money go to public education needs.

And it could avoid the need for a new prison, Pierce said. Gov. Doug Ducey has budgeted $40 million for a new private prison.

The recidivism reduction in the Transition Program also would help county jails reduce their populations since they hold all prisoners while they work their way through the court system, Taylor noted. Yavapai County officials plan to build a new jail.

The same Transition Program probably wouldn't be as helpful at the county level because after sentencing, jails house only misdemeanor offenders incarcerated for a maximum of a year, Yavapai County Sheriff's Office spokesman Dwight D'Evelyn explained.

Arizona's prison population grew tenfold from 1980 to 2010 while the statewide population only doubled, according to an Arizona Auditor General report. It costs about $65 per day to incarcerate someone, versus $17-$18 daily for the Transition Program, Taylor said.

The prison system is now the third most costly state budget item, behind K-12 education and health care.

More than half of the people in prison have drug and/or alcohol problems, Taylor said.

"It's a health issue, and we've proven we can't incarcerate addiction out of somebody," Taylor said. The Salvation Army provides free drug rehabilitation centers along with clothing, food and furniture for newly released prisoners and others.

"We (at the Salvation Army) are more concerned with why our young people are altering their reality in such a significant way," Taylor said.

For Taylor, it started with painkillers after a football injury at the University of Arizona. He hid his addiction for years as a Wall Street trader, then ended up on the streets. He was arrested in Prescott and extradited to Flagstaff, where he got lucky when a judge sentenced him to drug treatment instead of prison.

The DOC Transition Program service provider is Sage Counseling, which has an office in Prescott Valley, Taylor noted.

It provides one case manager for every 14 people in the Transition Program, Taylor said, while a parole officer may have a caseload of 80 to 100 people.