Kudos Kravings: When an appetizer is all you need, try these 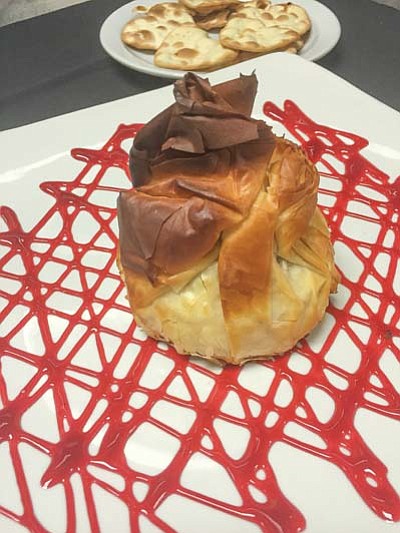 From downtown Prescott to along Highway 69, there are more than a few local restaurants where you can stop and have a bite. But sometimes getting an entrée takes too long and that hunger needs satisfaction posthaste. Luckily, patrons always have the option of ordering an appetizer. Or three.

Here's some appetizers to be found in Prescott's many restaurants.

If you have a hankering for something from under the sea, there's Murphy's at 201 N. Cortez St. Among the appetizers at Murphy's is the oysters Rockefeller, plump oysters topped with creamed spinach and bacon baked and served with hollandaise sauce, $18.

But if pasta and Italian fare is what you're craving, Genovese's Fine Italian Restaurant, 217 W. Gurley St., also has some seafood appetizers. One is the baked mussels. It's served in a butter, garlic and wine sauce alongside garlic bread, $8.95.

On the other hand, maybe surf or turf isn't the way to go when looking for an appetizer. After all, some folks really love cheese. They can head to Augie's, 1721 Highway 69 in Frontier Village. This restaurant has a baked brie purse, golden baked phyllo brie purse, caramelized pears and pecans.