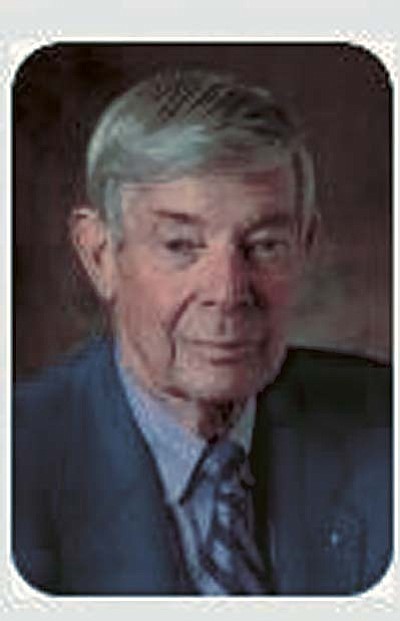 Joe graduated from the University of Arizona and served two years in the U.S. Army. He married the love of his life, Jan Ralston, on April 8, 1953 in Tucson and they were married for 62 years. Arizona has been home all their married life. He lived his life fully for his family, his country and to help others.

Joe spent his career with what is now Honeywell International (Garret, Allied Signal) in Phoenix. Raising quarter horses was a passion and hobby over the years. After retirement, Joe and Jane moved to Prescott in 1992.

Joe was very active in community affairs in the Prescott area. He was instrumental in forming "VIP," Volunteers in Prescott, with the Yavapai Sheriff's Department. He served for many years on the Yavapai Regional Medical Center Board of Trustees and Foundation Board and as a member and co-founder of All Saints Anglican Church.

A Celebration of life will be at 11 a.m. on Saturday, Sept. 12, 2015 at All Saints Anglican Church, 1806 N. Savage Lane, Prescott, Arizona. Interment will be at a later date at St. Philips in the Hills Episcopal Church in Tucson, Arizona.

Donations may be made in his memory to the Foundation at Yavapai Regional Medical Center or the Prescott Salvation Army.