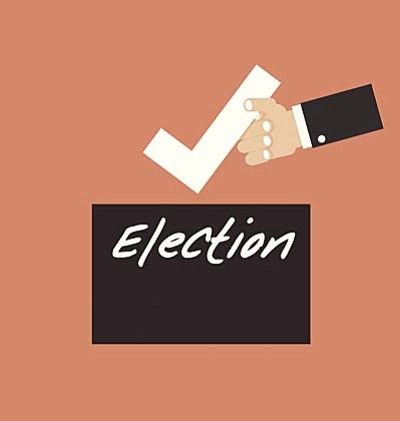 PRESCOTT - Despite a smaller field of candidates this year, total campaign contributions and expenditures are up significantly compared with the past three Prescott City Council primaries.

Pre-primary financial disclosures filed this week with the Prescott City Clerk's office show that the five candidates listed on the city primary ballot have so far collected $94,193, and have spent $75,241 of that.

The candidates' pre-primary campaign finance reports were due to Prescott City Hall by 5 p.m. Friday, Aug. 21, and they reflect campaign information through Aug. 13. (Write-in candidate Alan Dubiel earlier filed a threshold exemption statement, indicating that he would spend no more than $500 for his campaign, and was therefore not required to file an individual financial disclosure).

Much of the money raised in this year's primary has gone toward the mayor's race, which pitted former Prescott Fire Chief Dan Fraijo against retired Army Colonel Harry Oberg. Between the two, the candidates raised a total of $65,559.

Much of Fraijo's total came from fire-related political committees, from which he received $19,874.

In addition to the contributions of $300 or more, Fraijo received a $100 contribution from elected official State Rep. Karen Fann.

He also received 52 individual contributions ranging from $25 to $282, as well as multiple cash contributions totaling $380. In addition, Fraijo listed a $4,585 loan to his own campaign.

Under expenditures, Fraijo disclosed 49 campaign costs. Among his major expenses were: $4,196 to Looks Good Printing and Signs for signs; $3,442 to The Graphics Link of Phoenix for mailers; $3,221 to Whiskey Row Screen Printing for advertising bags; $2,500 to Leibowitz Solo of Phoenix for consulting; $1,600 to National Cinemedia for movie theater ads; and $1,572 and $326 to Prescott Newspapers (Daily Courier) for online and Sunday print ads.

Disclosures from the three City Council candidates listed on the ballot included:

The limit for contributions from individuals and PACs (political action committees) is $6,250, according to information from the office of Secretary of State Michele Reagan.

The city primary is set for Tuesday, Aug. 25.