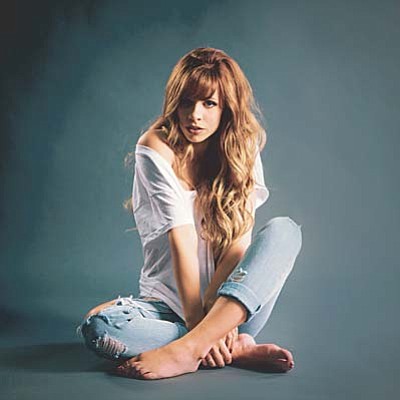 Chino Valley resident and contestant on the 2011 season of "The X-Factor" is coming to Prescott.

Drew Ryniewicz, who finished in sixth place on the show, will perform a hometown benefit concert at Matt's Saloon on Tuesday, Aug. 25, debuting her new single titled, "Ugly," along with other material from her new EP.

Ryniewicz said she is quite excited to be performing and debuting the single in Prescott, mentioning the connections she has with the area.

"It's a big event for my hometown... I wanted to be with people who felt like family," she said. "I'm excited to celebrate with everyone."

Ryniewicz said she has been working on the EP since she appeared on the show and did nothing else for four years. She said the story behind the single's name, "Ugly," comes from the anti-bullying tour she joined.

Ryniewicz said that was when she realized she wanted to attach the message to her music.

Noting that she sat down with the writers, she said they worked on a song that emphasized acceptance, gaining strength and moving past negativity. As an example, she brought up a line from the song that states "Ugly is good for me" and said it's a call for a person to move forward and past the name-calling when people are calling them ugly.

Ryniewicz said a friend of hers from "The X-Factor" will open the show and that she will be performing the full EP.

As for how many people she hopes come out,

she said that about 300 people would be ideal as it would fill up Matt's Saloon.

Ryniewicz said that the date of the concert is also the release date for the single.

"People coming will listen to it being performed for the first time ever," she said. "I think I wouldn't want to miss that."

Tickets are a $5 donation per person at the door or in advance online at www.drew.ticketleap.com. A private post-concert VIP meet-and-greet is also available for $15 per person, with ages 5 and under free. All proceeds from ticket sales and a portion of VIP sales will be donated to skip1.org, where 100% of donations goes to the acquisition and distribution of food and water projects worldwide.