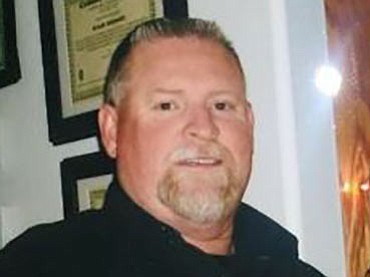 Scott Brainard, 52, of Prescott, Arizona passed away at his home in Prescott.

Scott was born on Feb. 25, 1963 in Spokane Washington to Murray and Marilyn Brainard. They then moved to Prescott where Scott spent the majority of the rest of his life. While in Prescott Scott became the role model to three younger siblings, Shawn, John and Michelle. It was here that Scott met his loving wife Kathryn (Leach) Brainard. Over the course of their 29-year marriage, they created a beautiful family with one son, Scott, two daughters, Shelbi and Samantha, and four grandchildren. Scott was always a hardworking man, he owned his own carpeting business in the late 80s but then began over size long haul trucking with his father, a career in which he loved over the next 25 years. When Scott was not on the road, he loved spending quality time with his wife, children and grandchildren. His hobbies included hunting, camping, taking vacations with his family and riding his Harley Davidson. Scott put up a hard fight when he was diagnosed with brain cancer in February of 2015. He spent the 6 months following the diagnosing in the care of his loving wife. On Aug. 4, 2015, Scott was welcomed into the arms of our lord and savior, where he will forever rest in peace.

Scott is survived by his wife, Kathryn; his son Scott; his two daughters Shelbi and Samantha; his mother Marilyn; his two brothers Shawn and John; his sister Michelle; his four grandchildren; and many nieces and nephews.

A personal family gathering will be held in a celebration of Scott's life. Please visit www.heritagemortuary.com to sign Scott's online guestbook.