Board plans new department that could save job of administrator's wife 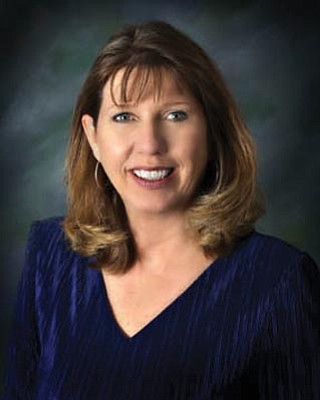 PRESCOTT - The Yavapai County Board of Supervisors is considering the creation of a new department by taking employees out of the Assessor's Office and Management Information Systems Department.

The supervisors could act on the plan as soon as Monday, which would effectively pre-empt Assessor Pam Pearsall's plan to combine her cartography and title divisions and eliminate the job of Title Division supervisor Tina Bourdon, wife of County Administrator Phil Bourdon. Pearsall planned to complete that reorganization on May 12 and said it would save the county $70,000 annually in salary and benefits.

Contacted after Monday's board meeting, Assessor Pam Pearsall stopped just short of saying the board is trying to trump her plan in time to save Bourdon's job.

"It does appear interesting," she said. "What's the hurry?" It seems the board would have talked more to affected department heads and others before creating a whole new department, she added.

The supervisors discussed the idea during a budget study session Thursday and by Thursday afternoon, they had added the proposal to the agenda for their regular bi-weekly board meeting Monday morning in Prescott. They also added an executive session to discuss

the idea with their attorney first.

Davis brought up the idea Thursday afternoon during the last of four consecutive days of budget study sessions. He said since Pearsall's "bombshell" announcing her reorganization Monday, he has heard from numerous people including county elected officials and department heads who would like to have more access to the divisions for mapping and other needs. That made him realize how many people depend on the efficiency of these divisions, he said.

Brown later said he heard some of the same comments, and some also praised Tina Bourdon's work. "Tina's the one that people go to to get things fixed, including cartography," Davis added.

Pearsall proposed her reorganization plan to the supervisors during their Monday budget workshop directly after MIS Director Michael Holmes proposed moving the assessor's cartographers to his department. Holmes said he had analyzed the cartographers' workload and concluded they spend only 38 percent of their time doing work for the assessor. She and her chief cartographer strongly disagreed with that conclusion. The cartographers create all property parcel lines in the county, so all the taxing entities and property owners

depend upon their basic information.

After Monday's meeting, Pearsall issued a news release saying she was going

ahead with her reorganization plan.

Brown directed staff at Thursday's meeting to create a draft organizational chart for the new department they are tentatively calling the GIS Department.

"Hopefully, it will bring peace," he said after the

meeting, adding, "This is better for the citizens of Yavapai County."

Administrator Phil Bourdon said after the meeting that he won't make any recommendation to the board about his wife's job. "I'm going to rely on my budget officer and attorney and board to keep me out of it," Bourdon said.

Earlier in the day, the supervisors preliminarily nixed the assessor's request for money to remodel space at a Cottonwood administration building so she could have an office in the Verde. Davis said there were other conference rooms available that the assessor could use.