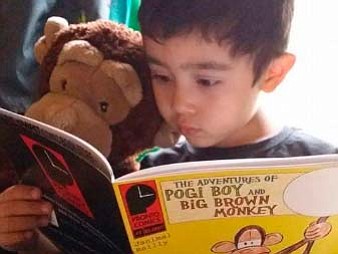 From the Golden Age of the 1940s to the current modern age, comics have been a pervasive aspect of popular culture. And since 2002, the industry has celebrated Free Comic Book Day in order to introduce the joys of comic books as well as call back former readers and thank current buyers for their support. This year, Free Comic Book Day is on Saturday, May 2, and celebrations in Prescott include Dave Beaty and four other artists celebrating at Game On and other artists and music at Peregrine Book Company.

Beaty, who has been a writer, penciler, inker, cartoonist and colorist, has done work for BOOM Studios, Antarctic Press, Aspen Entertainment Dabel Brothers, Marvel Comics and DC Comics. He said Free Comic Book Day is a fun event promoted by the stores and the industry.

"People like the idea of comic books and getting to either reconnect with the hobby or encourage your kids to read. Hopefully it encourages literacy," he said. "I think people just like the idea of fun, fantastical stories."

Two years ago for Free Comic Book Day, Beaty was at Game On doing head and shoulder sketches of characters for people who donated to non-perishable food items to the Yavapai County Food Bank. This year, however, there will be four other artists and a sketch off. Beaty said people will make suggestions and the artists will draw them. Most of the sketches will be raffled off as prizes. Two non-perishable food items will equate a raffle ticket.

Other artists at Game On will be Alec Kozak, Bill Farmer, Al Sparrow and "The Janimal." Beaty called this year's sketch off a twist of what was done in the past.

"We were trying to think of something to do that was a little different and something that would involve a lot of different artists that were coming out," he said.

As for what sketches will be drawn, Beaty said it depends on the crowd, noting that he does it every year at ComicCon. He stated the one that sticks out the most in his head was someone who asked to draw a hybrid of Hurley from "Lost" and Harley Quinn, called Hurley Quinn. He also had a suggestion to tie in Firestorm with Sherlock Holmes. And there's others who just want something simple. Like Batman.

However there is one sketch he is surprised no one has asked for yet.

"I worked on Grifter, which was written by (Rob) Liefeld for a period of time and he created Deadpool," Beaty said. "I'm Surprised no one's suggested Grifter vs. Deadpool yet."

Beaty and one of the artists will also collaborate on a limited edition print of Krypto the Superdog and sell it, donating all the money to the Yavapai Humane Society.

But Game On isn't the only store that's celebrating Free Comic Book Day. Peregrine Book Company will also have some artists and writers as well as comic-themed music, costume contests and prizes.

Beaty said the thing he likes about Free Comic Book Day is making it a fun event for those who come out.

"You get the free comic whether the artist is there or not," he said. "But I like the idea of creating a fun event, making it like a party or a mini comic con. It's in our backyard, so you don't have to go out of your way."

The celebrations start at 10 a.m. for both Game On and Peregrine.

Game On is located at 7025 East Florentine Road, Suite 106 in Prescott Valley and Peregrine Book Company is located at 219 North Cortez Street.