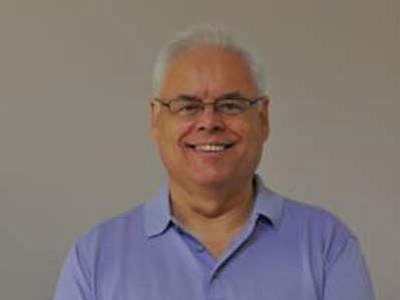 James Lombard Jackson, 65, died peacefully on April 5, 2015, at his home in Prescott Valley, Arizona, following a brief but courageous battle with Glioblastoma, an aggressive brain cancer.

Jim began his career in broadcast engineering at the UMO radio station, followed by WABI TV in Bangor, Maine. In 1980, he moved to New York City to work for ABC News. Jim travelled the world extensively during his career with ABC.

Jim received many awards for his engineering work, including two Emmy Awards for technical excellence. He was part of a team that received a patent for their work in audio/visual communications.

Jim was a long-time resident of Cresskill, New Jersey. He retired from ABC (Walt Disney Company) in 2013 and moved to his beautiful 10-acre ranch in Prescott Valley, Arizona.

A long-time HAM enthusiast with the call sign NS2K, Jim was a member of the Bergen County Amateur Radio Association (BARA), and the Yavapai Amateur Radio Club (YARC). He was a member of the First Congregational Church United Church of Christ in Prescott, where he served on the Call to Care team and sung in the church choir. During his brief retirement, he volunteered with several organizations in Prescott, including the Salvation Army Operation Deep Freeze, aiding the homeless of Prescott and also at a local animal rescue ranch. Jim enjoyed traveling in the southwest in his motor home with his canine companion Ion, who Jim referred to as his 70-pound free radical.

Jim was predeceased by his father in 1991, and his longtime partner, Robert McLaughlin, in 2009. He is survived by his mother and step-father, Maxine and Harold Throop of Venice, Florida; his brother and sister-in-law, Paul H. and Gael Sanville Jackson of South Portland, Maine; his nephew and wife, Samuel James and Stephanie Assuras Jackson of Manhattan, and his niece, Lucy Ruth Helena Jackson of South Portland, Maine. He also leaves many dear friends in New York and Arizona.

A celebration of Jim's life will be at 11 a.m., Saturday, April 25, 2015, at the United Church of Christ in Prescott. Another celebration is being planned to take place in the New York City area in mid-May, and will be announced at a later date.

Local arrangements are by the Sunrise Funeral Home in Prescott Valley.

In lieu of flowers, the family requests donations in Jim's memory be made to either the Yavapai Humane Society, 1625 Sundog Ranch Road, Prescott Valley, AZ 86302 or to Creative Trails, 369 Forest Ave., Portland, ME 04101, a Community Support Program for adults with intellectual uniqueness, that is attended by his niece, Lucy.