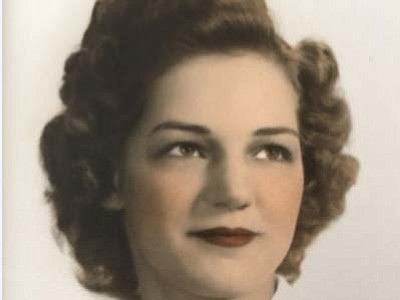 Evelyn was born in Van Wert, Ohio, on Oct. 14, 1922 but moved to Michigan as an infant. She grew up in Hamilton, Michigan, and graduated from Holland High School in 1940. She continued on to complete a program in stenography at the Davenport-McLachlan Business College in Grand Rapids, Michigan. Evelyn enjoyed secretarial work, and she enjoyed close friendships with her fellow secretaries, whom she always referred to as "the girls". After moving to Prescott in 1969, she worked at the then-new Yavapai College. Eventually Evelyn did secretarial work for both the college and the VA Medical Center in Prescott. She also loved dogs and enjoyed doing needlework and spending time with her family.

Evelyn is predeceased in death by her late husband of 57 years, Robert S Hall; and by her parents Harry and Julia Lampen; and her sister, Margaret Robinson. Evelyn is lovingly remembered by her son Bruce Hall of New Taipei City, Taiwan; her daughter Mary Hall of Niceville, Florida; and her grandson Michael Howes of Fairfax, Virginia; as well as three nieces and one nephew.

Final arrangements were handled by Heritage Gardens Funeral Home in Niceville, Florida. Evelyn's ashes will be buried in the Pilgrim Home Cemetery in Holland, Michigan. In lieu of flowers memorial donations may be given to the ASPCA online at https://www.aspca.org/secure/memorial.