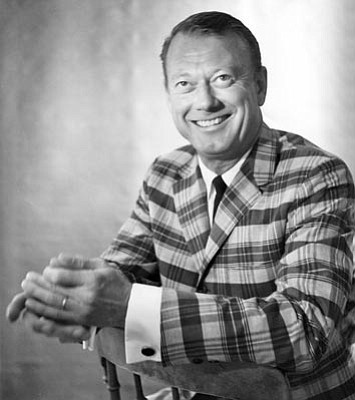 Wellman "Willy" Carter Rubottom passed through this world March 21, 2015 on his 90th birthday. Born March 21, 1925 in Missoula, Montana, he was a Prescott resident for 45 years. During his life an indelible legacy was formed that will be remembered by all who knew him.

As a youngster and teen in Montana, he made many horse packs into the wilderness in all four seasons, as his parents, Carter and Nora Rubottom worked for the Forest Service and Game & Fish departments. These experiences in the Big Sky Country were not easy, yet they were the reason for his love of all nature.

Willy began piano lessons at the age of nine and quickly mastered the instrument. He has performed for 75 years in some of the finest supper clubs in the West. He played at famous clubs in Palm Springs, California, for over 12 years before moving to Apache Junction, Arizona in 1966. While there, he played the piano at the Apache Inn and at the movie ranch "Apacheland." Willy was an extra in many Death Valley Days television shows, and also some movies ... Ballad of Cable Hogue, and other feature films. He always considered this a lot of fun and met many stars of the day.

Willy became interested in art at the age of 13 and became a renowned painter of water colors, oils and, of course, his imaginative and masterful sculpting in all medias. Some of his works are on display at the State Capital, the Prescott Resort in the Eagle's Nest Lounge, the two miners at the entrance to Bagdad, and other locations around Arizona. His eyes and hands created hundreds of beautiful art pieces over the years to the delight of those who witnessed them.

Many will remember Willy for the two decades he played at the Pine Cone Inn in Prescott with his beloved partner Blais Wight.

His wonderful marriage of 42 years to Lou is one of the greatest love stories. They were together through joy, sorrow and back again. Lovers, friends, partners, father, mother and adventurers each and every day was their life. Every child, grandchild, and great grandchild in our family knows this and hopes their lives can be just as wonderful.

"I strove none - for none was worth my strife.

Nature I loved and next to nature, arts!

I warmed my hands before the fires of life -

it sinks, and I am ready to depart."

Perhaps the life form has departed, but the legacy of love, music and art will always remain.

Willy is survived by the love of his life, Louise; son Randall (Carol) Rubottom; stepsons Dennis (Katee) Lauchner; Greg (Michele) Lauchner; and stepdaughter Cindy Manzione; and his very large extended families. He was preceded in death by his parents Carter and Nora Rubottom; and his stepson Barry (Gina) Lauchner.

A celebration of Willy's life will be held at 2 p.m. Wednesday, April 8, 2015, at the Lake View Pavilion, Goldwater Lake in Prescott. In lieu of flowers, the family suggests contributions to the Yavapai Humane Society.