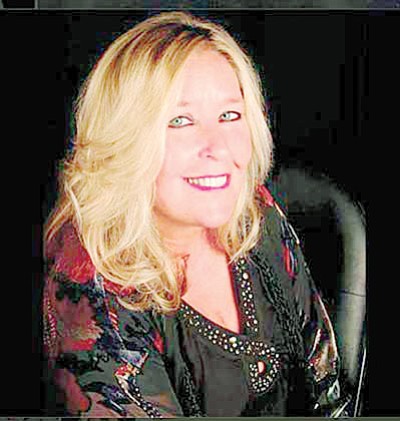 The Living Room Music Series takes place in the Positive Living Sedona in the Village of Oak Creek at 45 Castle Rock Road. Tickets are $10 at the door, which opens at 6:30 p.m. with the concert starting at 7.

Carroll has been the K-8 music educator with the Sedona-Oak Creek School District for the last 15 years, and has been a professional singer and musician for years.

Her talents are extremely diverse as she enjoys performing a wide variety of music styles. You'll find her singing barbershop harmonies with Red RockAppella, Big Band standards with Sentimental Journey, Choral Music with the Flagstaff Master Chorale as well as in popular duos and combos, including her portrayal of Janis Joplin in the Heavenly J's.

She also loves acting and has appeared in several FLOC productions and had a role in "Cabaret" for Theatrikos in Flagstaff. Last summer she was a featured player in "Crushes and Bouquets" with Red Earth Theatre.

CPL's Music Series founder, Shondra Jepperson commented, "Jeanie is a heart felt, extremely skilled singer and I could literally listen to her sing all night for weeks and I'm not exaggerating." Jepperson continued, "She's authentic and the last time she was with us in the Living Room, she hadn't planned what she was going to sing because she wanted to be in the moment with the music and the audience which made for a fun, entertaining and spontaneous concert for everyone including Jeanie."

Shondra added, "Jeanie has a quite a life story so be sure to bring all the questions you've been wanting to ask her for a while so you can get to know this amazing woman behind her beautiful voice."

CPL Sedona's seating is limited to 40 comfortable chairs, with a stage platform and excellent sound system. These concerts are allowing for an intimate, up close and personal showcase with some of the finest performing artists in Sedona and the Verde Valley every Wednesday from 7-8:15 p.m. with the door opening at 6:30 p.m. for tea and coffee with the concerts starting promptly at 7.

Admission is $10 cash only.

People Who Care rock back to the 1950s at their senior prom
In the Living Room presents: Adalia Tara
Divas doo-wop at Elks Saturday
Larry Gatlin & the Gatlin Brothers in concert April 30
‘Diamonds and Divas’ show in Sedona celebrates Cher