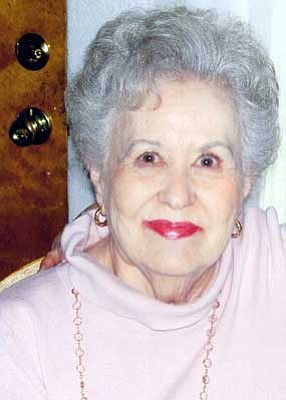 Marjorie was a third generation Californian, born in 1923. Living most of her life there, she moved to Prescott in 2004 to be near her family.

She made a career for herself working in the dental field, she founded the Dental Society in Southern California and remained active serving as president. She worked in an Orthodontics office for over 25 years as Receptionist and Office Manager.

She was an avid bingo player and continued to play after moving to Prescott. She was a member of Sacred Heart Catholic Church in Prescott, and truly loved her God.

She will be missed.