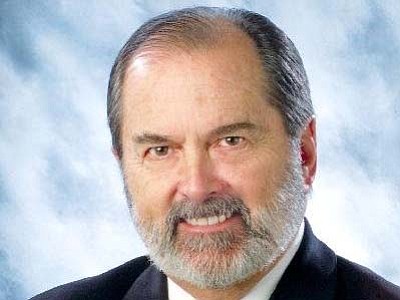 So you've worked and saved for years, finally been able to pay off the mortgage on your house and retire.

And now someone wants you to take out another loan on your home?

It might sound like a scam, but "reverse mortgages" - which allow seniors to tap into their home equity - are completely legitimate. Experts in the field say these home loans are misunderstood and disparaged - yet potentially valuable.

And they are on the rise, according to the United States Department of Housing and Urban Development (HUD):

"Reverse mortgages are increasing in popularity with seniors who have equity in their homes and want to supplement their income," states the website hud.gov.

A workshop/information session on reverse mortgages will be held today at 3:30 p.m. at the Prescott Library. Scott Sandell, Phoenix chapter president of the Society for Financial Awareness, will talk about the history of reverse mortgages and some of the details on how they work.

Most common reverse-mortgage misconceptions? "Where do I begin?" Sandell said with a laugh. "The New York Times did an article where the headline was something like 'Reverse Mortgages Kicking Seniors Out of Their Houses.'

"This idea a reverse mortgage has the ability to kick you out of your home - and it really doesn't - it's no different from a line of credit that the government insures."

Sandell said that, buried deep in the New York Times article, was the real reason the people interviewed had lost their homes: "because they didn't pay their property taxes."

Sandell is not alone in gritting his teeth over what he feels is unfair bashing of reverse mortgages.

Bill Binkey, a member of the Prescott Area Association of Realtors who specializes in reverse mortgages, sighs when he thinks of the "negative publicity" that has swirled around his field.

"We are the most misunderstood business in the country," said Binkey. "The amount of good we do is somewhat underreported.

"The fact is, a reverse mortgage has the potential to be a life changing tool - in the right application. I've been doing it for eight years.

"In eight years I've had so many positive experiences."

Reverse mortgages are only available to seniors, 62 years and older.

Binkey said he does not push anyone who walks into the door of his Prescott office into a reverse mortgage.

For starters, an analysis must show that there is enough equity in a home to make taking out a loan a viable option. For those with amounts owed on homes too high for a reverse mortgage, "they should consider downsizing and liquidating," Binkey said.

Even for those who have a home entirely paid off, a reverse mortgage is not always a good idea. If a senior homeowner is comfortably getting by and has the security of savings, Binkey takes the don't-fix-it attitude. "They are in a great position - and why should they do something don't need to do?"

"There are only two reasons to enter into reverse mortgage," Binkey said.

"One, if you're making a payment on an existing mortgage that's too high and too hard to meet.

"Two, if the month lasts longer than the money lasts."

For those with equity in their homes and are having trouble paying bills every month, Binkey said a reverse mortgage can create a monthly income stream.

And, with this unique financial agreement, the loan does not have to be repaid until the homeowner leaves the home - either by relocating or by death.

"It's 'aging in place' - so if you're not in the place, then the loan becomes due and payable," said Binkey.

According to HUD, "The only reverse mortgage insured by the U.S. Federal Government is called a Home Equity Conversion Mortgage or HECM, and is only available through an FHA approved lender."

Binkey said this is the preferred type of reverse mortgage. "If it's FHA insured," he said, "you're never responsible for more than the market value of the property."

At today's workshop, Sandell said he will talk about good and bad situations for reverse mortgages.

A situation where a reverse mortgage may be appropriate, according to Sandell:

"When people have reached retirement, they still have a mortgage and are struggling to make ends meet is certainly one of best reasons to look at reverse mortgages.

"And the idea of using your home to stay at home, helping to pay for care at home."

Not a good scenario for a reverse mortgage, according to Sandell: When the home is planned to be kept in the family after the homeowner has died.

Binkey did not hesitate when asked if a reverse mortgage reduces the equity that has been built.

"Absolutely," he said. "You're spending your children's inheritance; let's be clear about it."

The tradeoff of a reverse mortgage, Binkey said, is comfort for the seniors. "They're home, that's where they want to be.

"It allows seniors to age in place."