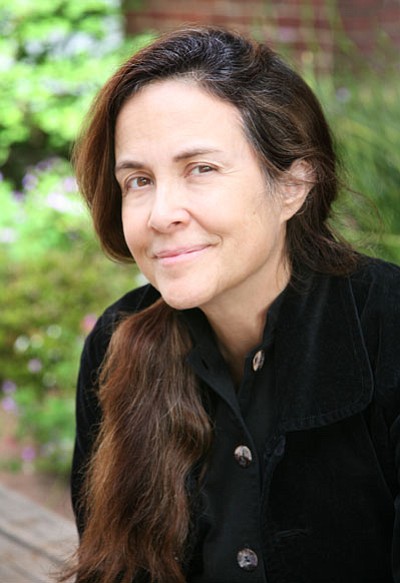 Poet, author, and editor Naomi Shihab Nye will be the featured speaker at Literary Southwest at 7 p.m. on Friday, Sept. 19.

This event will take place in the Yavapai College Library's Susan N. Webb Community Room (Bldg. 19, Room 147) on the Prescott campus. An audience Q & A session and a book signing follow the reading. All Literary Southwest programs are free and open to all.

Nye describes herself as a "wandering poet." She has spent 37 years traveling the country and the world to lead writing workshops and inspire students of all ages. Nye was born to a Palestinian father and an American mother and grew up in St. Louis, Jerusalem, and San Antonio. Drawing on her Palestinian-American heritage, the cultural diversity of her home in Texas, and her experiences traveling in Asia, Europe, Canada, Mexico, Central and South America, and the Middle East, Nye uses her writing to attest to our shared humanity.

Nye is the author and/or editor of more than 30 volumes. Her books of poetry include "19 Varieties of Gazelle: Poems of the Middle East," "A Maze Me: Poems for Girls," "Red Suitcase," "Words under the Words," "Fuel," and "You & Yours," a best-selling poetry book of 2006.

Other works include several prize-winning poetry anthologies for young readers, including "Time You Let Me In," "This Same Sky," "The Space Between Our Footsteps: Poems & Paintings from the Middle East," "What Have You Lost?" and "Transfer." Her collection of poems for young adults entitled "Honeybee" won the 2008 Arab American Book Award in the Children's/Young Adult category.

Nye has been a Lannan Fellow, a Guggenheim Fellow, and a Witter Bynner Fellow (Library of Congress). She has received a Lavan Award from the Academy of American Poets, the Isabella Gardner Poetry Award, the Lee Bennett Hopkins Poetry Award, the Paterson Poetry Prize, four Pushcart Prizes, and numerous honors for her children's literature, including two Jane Addams Children's Book Awards.

In 2011 Nye won the Golden Rose Award given by the New England Poetry Club, the oldest poetry reading series in the country.

Her work has been presented on National Public Radio on "A Prairie Home Companion" and "The Writer's Almanac." She has been featured on two PBS poetry specials: "The Language of Life with Bill Moyers" and "The United States of Poetry," and also appeared on "NOW with Bill Moyers." She has been visiting writer for full semesters for The Michener Center for Writers at the University of Texas at Austin and the University of Hawai at Manoa. In January 2010 Nye was elected to the Board of Chancellors of the Academy of American Poets. In October 2012 she was named laureate of the 2013 NSK Prize for Children's Literature.