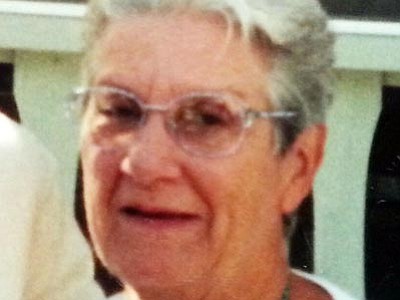 They had recently celebrated their 70th wedding anniversary, which was recognized by the Mayor of Prescott Valley in honor of their admirable commitment to one another.

Virginia and John resided in Michigan until 1989, when they moved to the Mesa, Ariz. They then moved to Dewey and have called Orchard Ranch their home for the last 25 years.

Virginia (fondly called Ginny) was a very active member of her community. She enjoyed crafts, water aerobics and was a member of the "Red Hats." She was a warm, caring, beautiful woman who was always willing to volunteer her time to help when needed. She will be greatly missed by all who knew her.

Virginia is survived by her loving husband, John Pringnitz of Dewey; her son, Larry Pringnitz of Flint, Mich.; her daughter, Michele (Tim) Jones of Luzerne, Mich.; and two grandchildren, Heather (Marcus) Williams of Clio, Mich., and Jason Pringnitz of White Lake, Mich. She had one great-grandson, Jaxson Williams, who, although she never met him, brought much joy to her life. She is also survived by many nieces and nephews. She was the eldest of five siblings and was preceded in death by her sisters Beverly Worgess, Patricia Wright and Shirley Derengowski, and brother Robert Badgley.