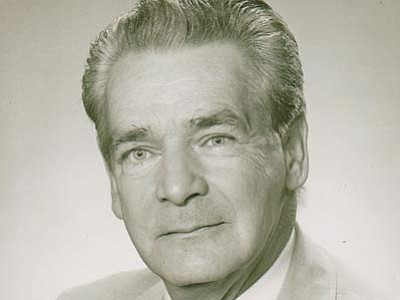 Leon was a dance instructor. He entered the Korean War and, after being discharged from the war, he went into the furniture and art restoration business in California. Leon was president of the West Los Angeles Chamber of Commerce and an active Lions Club member and past president. He retired to Arizona in 1998.

He is survived by his wife, Lucy Cardini, whom he married on June 21, 1952; his son Leon Cardini Jr.; daughter Leona Svoboda; 10 grandchildren; and five great-grandchildren.

Visitation will be from 11 a.m. to noon Monday, Sept. 15, 2014, followed by a chapel service at noon at Sunrise Funeral Home. Interment will be at Heritage Memorial Park in Dewey.