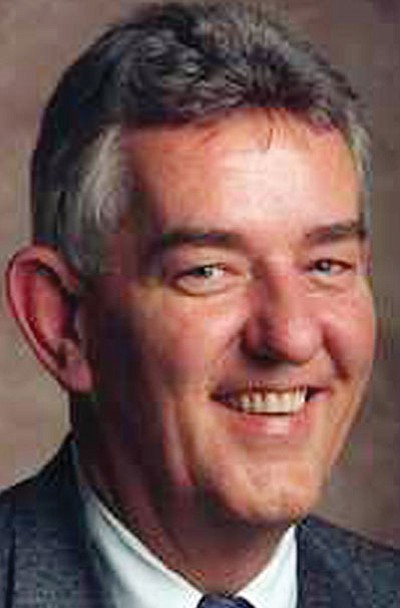 HENDERSON, Nev. - Charles R. "Charlie" Waters Jr., an old-school newspaperman who held top editor positions in California, Nevada, and here at the Courier during a 40-plus-year career, has died. He was 66.

Waters died Wednesday at his home in the Las Vegas suburb of Henderson after a battle with lung cancer.

Among his many newspaper jobs, the 1969 University of Arizona graduate was the top editor of the Reno Gazette-Journal, The Fresno Bee and the Los Angeles Times Sunday Magazine.

Former colleagues praised Waters, calling him an old-school journalist known for his writing and reporting ability, ethics and mentoring of reporters.

"Charlie left his mark on our staff through his great storytelling skills," Review-Journal Editor Mike Hengel said. "As an editor, he could improve stories in many ways, like taking complex issues and making them understandable and interesting. He was a great mentor over the years of many of our staffers - a journalist's journalist, and his influence continues to be felt by our writers."

"He set a standard for daily journalism that every newspaper should strive for," he said in an email. "The Bee won many awards under Charlie's editorship. He would say that we aren't in the business of winning awards, but if they're handing them out, we'll take our share. And we did."

Waters grew up in Kingman, Arizona, and started his journalism career at his father's weekly newspaper, the Mohave County Miner.

He went on to serve as editor and publisher of The Prescott Courier in the 1970s and was editor of the St. Petersburg Times in Florida before beginning his string of editor jobs in California and Nevada.

He also taught at the University of Kansas School of Journalism and served as a trustee for the school's William Allen White Foundation for over a decade.

Survivors include his wife, Linda, and three children.