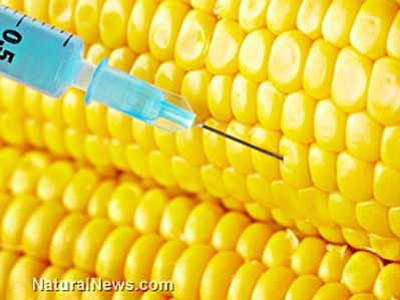 When crops were first introduced that had been engineered to withstand the herbicide glyphosate - better known by the trade name Roundup - the agricultural industry said it would deliver a terrific environmental advantage.

Glyphosate is a relatively benign herbicide, after all, and the industry claimed it would be able to use less of it to get rid of weeds, without harming the corn or soy, the Los Angeles Times reported.

At first, farmers did spray less glyphosate. But resistant versions of the weeds soon cropped up.

But that's not a solution.

Just as the nation must stop overusing antibiotics if it hopes to slow the emergence of resistant infections, it must do the same with herbicides and genetically modified (GMO) crops.

The way to deal with so-called superweeds isn't by escalating the arms race against them.

A new generation of herbicide-resistant crops is wending its way through the federal approval process. A division of Dow Chemical recently won the approval of the U.S. Department of Agriculture for corn and soy that have been bioengineered to withstand spraying with both glyphosate and

2,4-D, a more toxic weed-killer that some critics say is dangerous to the environment and to people.

Why both? About 18 weeds have developed resistance to 2,4-D over the more than 50 years it has been in use. So the idea is to use both herbicides, with each one eradicating the weeds that the other one can't.

But first, the Environmental Protection Agency would have to approve the special blending of the two herbicides developed by Dow. Called Enlist Duo, the mix has been formulated not to drift over large areas as 2,4-D commonly does. It would reduce the risk of killing crops miles away.

According to USDA estimates, the introduction of the new crops would mean the spraying of five to 13 times as much 2,4-D by the year 2020.

It's big business that, like the antibiotics problem, that puts profits ahead of health in a continuing spiral of control.

The rhetorical question: who is in control?