Editorial: Regurgitating bills, in this case, helps no one 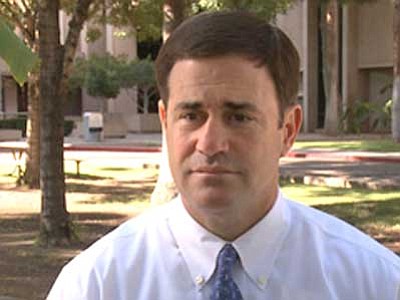 You have to admire their effort.

Doug Ducey, Arizona's governor-elect, may see a lot of the same bills Jan Brewer did - namely the high-profile bills that Brewer vetoed, including legislation that would have given added protection from lawsuits to people who assert religious beliefs in refusing service to gays (SB 1062).

The Arizona Capitol Times has reported that sponsors of such legislation are seeking possible second chances. Lawmakers, such as state Rep. John Kavanagh and Rep. Warren Petersen, say they are already making plans to resurrect certain measures.

The Associated Press report on this states that Ducey is looking forward to having good communication with lawmakers about legislation.

Recall that SB 1062 resulted in a firestorm controversy, designed to give business owners protection and condemned as targeting gay customers.

"The bill is broadly worded and could result in unintended and negative consequences. After weighing all of the arguments, I vetoed Senate Bill 1062 moments ago," she added.

Brewer vetoed 141 bills in her six years as governor. One has to wonder how many other castoffs will resurface.

This is one instance in which those we elect should learn from the past - call them mistakes - and those who have come before them.

Forget admiring lawmakers' effort; we'll reserve that for when they actually do something, other than regurgitating legislation that not only wastes time but also leads the state directly into the courtroom.