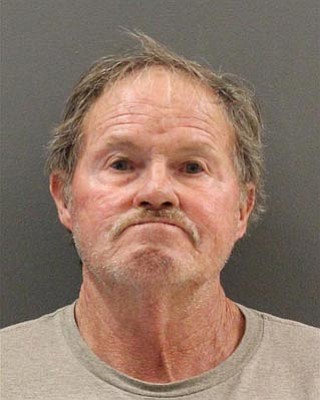 On Tuesday, Prescott Valley Police arrested Clarence Auburn Jones, 69, on charges of Sexual Exploitation of a Minor and Molestation of a Child. Jones is accused of molesting an underage female related to his girlfriend who lived in his home from 2005 to 2012.

The abuse allegedly began when the victim was 10 years old and continued for seven years until she moved out of state to live with another relative, according to a police report.

In 2012, a friend of the victim reported her concerns but an investigation at that time could not substantiate the allegation. Investigators were hindered by the fact that the victim had moved to another state and had told investigators in that state she was not a victim of the alleged crime.

The case was reopened recently after police received additional information that Jones allegedly was in possession of child pornography. Detectives obtained a search warrant and found Jones had an extensive collection of child pornography downloaded from the Internet, as well as sexually graphic videos he allegedly had made of himself with the child victim.

Police say the victim's guardian denied any knowledge of what had been going on in the home for seven years.

Detectives re-contacted the victim, who is now 19 years old. She was cooperative and stated she was emotionally relieved that the truth was finally out, according to police reports.

Jones is held without bond in Yavapai County Jail on one (1) count of Continuous Sexual Abuse of a Child, 16 counts of Sexual Conduct with a Minor, and 28 counts of Sexual Exploitation of a Minor - all class 2 felonies.