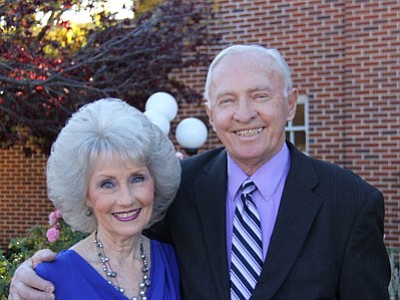 They serve actively for their church and have served a mission in their later years for The Church of Jesus Christ of Latter-day Saints in Prescott.

They are to set sail for a three-week cruise to Hawaii to celebrate their union.