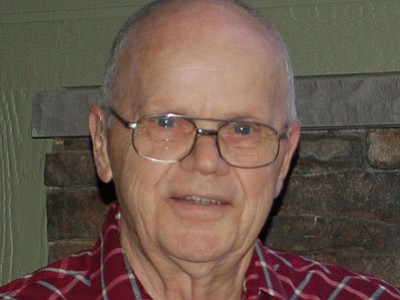 Lloyd M. Halgunseth, 78, passed away on Nov. 1, 2014, at Hospice Family Care in Prescott. Born June 26, 1936, in Denver, Colorado, he was the son of the late Eddie and Flossie (McCollum) Halgunseth. He graduated from the Western Electronics Institute with a degree in electronics.

Mr. Halgunseth was a proud veteran of the United States Army, serving his country for three years (1954-1957) as a Spec 2nd Class (E-5) communications section chief in Germany.

He was a longtime delivery driver for the United Parcel Service, retiring in 1994 after 33 years of service. In his spare time, he enjoyed being a member of the American Radio Relay League (Amateur Radio) and had previously been active in Cub Scouts and Boy Scouts in California. He also enjoyed the time he would volunteer as a Yavapai County Emergency Communications Radio Officer with the Yavapai County Office of Emergency Management from 1998 until the time of his passing. Over his many years, he was awarded many honors and achievements, some of which were from, the United Parcel Service Circle of Honor for 28 years of safe driving, and a lifetime membership award from the Yavapai Amateur Radio Club in Prescott. He was very active for over 50 years in amateur radio (WA6ZZJ). Lloyd attended Prescott United Methodist Church in Prescott.

Relatives and friends are invited to attend his memorial service at 11 a.m. on Friday, Nov. 14, 2104, at the Prescott United Methodist Church, 505 W. Gurley St., Prescott. Final disposition will be held privately at a later date at Forest Lawn Cemetery in Covina Hills, California. In lieu of flowers, Lloyd's family requests that you make donations to the National Amateur Radio Organization - the American Radio Relay League or ARRL. Please send a check made out to ARRL/Brick to the ARRL Diamond Club, 225 Main St. Newington, CT 06111 and note that it is in memory of Lloyd Halgunseth, WA6ZZJ. Donations will be used to support the ARRL's emergency communications program. Or donate to Prescott United Methodist Church 505 W. Gurley St. Prescott, AZ 86301 or Canyon River Community Hospice, 2050 Willow Creek Road, Prescott, AZ 86301.

Arrangements entrusted to the care of Hampton Funeral Home of Prescott.