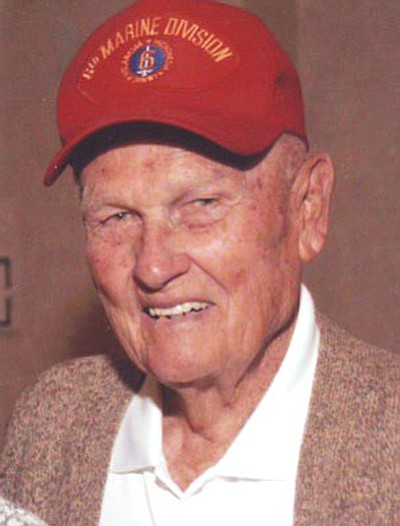 Robert Andrew Russell (Bob), Major USMC Retired, 88, of Prescott Valley went to be with our Lord on Oct. 26, 2014, at the Hospice Ward, VA Hospital, Prescott, Arizona.

He is survived by his wife Janet of 30 years; five children; nine grandchildren; and three great grandchildren. Bob will be greatly missed.

In lieu of flowers, a donation to the Wounded Warrior Project will be greatly appreciated.