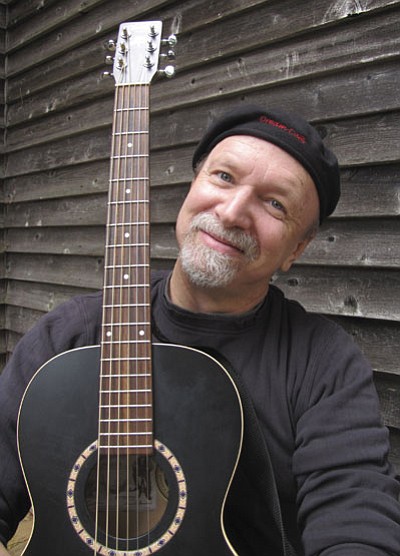 After six years of performances at the Highlands Center, Folk Sessions producer and organizer Tom Agostino is finding that he has his pick of the acts that will perform at the summer music series.

"A lot of touring artists know about the series and know about Prescott," he said, "and they all love to come here because it's so beautiful in the Highlands Center. It's such an incredible place to play." He said he receives five to six inquiries a week from bands that want to come to town, and can choose the ones best-suited for the Folk Sessions concerts.

"This year, it turned out to be very much rootsy-kind of Americana folk year," he said. He doesn't line up the bands with an eye toward a theme, but it sometimes works out that way.

"How I book the season is 'who is touring through Arizona' at the time when we can do it," he said, "and I try to find someone our audiences will like."

The Pete Seeger tribute show, which is the season's opening performance on Saturday, May 24, was one for which Agostino had the idea and then booked the talent. "They're local Arizona bands who I thought would be really good at something like that," he said. "(bands) that do a lot of sing-along songs." He named the evening "The Power of Song," and it will feature Lon Austin and the Mexican Beaded Lizard Band, The Improbable Quartet, and Meg Bohrman, among others.

Nashville Night, in August, features Mark Stuart, a guitarist "who has played with almost all the Nashville greats." Agostino called him a "masterful musician," and said Stuart will be "doing a tribute to the great musicians he's played with over the years."

Agostino said he gets a lot of satisfaction out of producing the Folk Sessions shows, and said it's "fun" to bring acts to town that he knows the audiences will want to see.

"Every year, I want it to be new, so (audiences) can see some new artists and hear some new music," Agostino said. "Prescott has really good audiences."