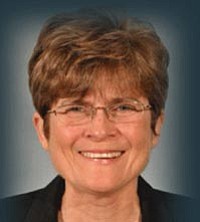 In my books about healthcare (including one to be published this summer, "When Health Care Hurts"), I always conclude by talking about the future of healthcare. What will be different? What will lead to change? One theme remains constant: For serious change to occur, patients must be treated with more respect than they are today.

I am not alone in this thinking. A series of articles in the New England Journal of Medicine discusses this issue as well. Written by five doctors at Harvard and two other experts, the first one is entitled, "The Nature and Causes of Disrespectful Behavior by Physicians."

The authors note that "the fundamental cause of our slow progress is not lack of know-how or resources" but a culture that values physician privilege above patient well-being. Physicians may feel that they are "above the law" - even laws of nature about how germs are transmitted, for example, leading them to skip basic steps such as washing their hands before touching patients. A sense of privilege can lead doctors to treat everyone else - from nurses to medical students to patients - with a disrespect that the authors term "toxic."

While most doctors are respectful most of the time, 11 percent of doctors report seeing other doctors behaving disrespectfully every day, and two-thirds say that they see such behavior at least once a month. Even though doctors view only about 1 in 20 doctors as being extremely disrespectful, they create an environment that makes it harder for other doctors and nurses to behave constructively.

When doctors create a hostile environment for nurses and medical students, "the loser is the patient, who may suffer from delayed or erroneous diagnoses or treatment" as the lower-ranking professionals are reluctant to ask questions or make suggestions. They may put more energy into self-preservation, leaving less available for paying attention to the patient.

It is not uncommon for patients to describe "demeaning, disrespectful, and dismissive treatment by physicians." Treated this way, they are less likely to be forthcoming with critical information, and their care suffers. Harm arises when doctors don't listen to patients, scoff at their questions, or don't help them understand treatment options and allow them a voice in their own care. Doctors can unnecessarily increase patients' distress a great deal by "treating them with scorn or indifference."

I once worked with a man in the corporate world who criticized me for spending very little when I traveled on business. I would spend $10 on dinner at a Chinese restaurant; he would spend $125 at the best restaurant in town. He told me that an indicator of how important an executive was to the company was how much money the company would spend on him. In other words, behavior that most people would consider questionable was behavior he viewed as a sign of his status.

Authors of the article noted above describe a situation in healthcare that I see as similar. They talk about the hierarchy that puts doctors at the top of the heap, and note, "In a hierarchical environment, the ability to disrespect others with impunity is a measure of status. The department chair or world-class cardiac surgeon can often 'get away with' conduct that is not tolerated among those lower down the ladder." As long as the ability to disrespect subordinate workers and patients is viewed as a desirable status symbol, efforts to reduce the harm patients suffer at the hands of the healthcare system face an uphill battle.

But that doesn't mean that you have to allow yourself to be harmed as a result. You can show up at the doctor's office with a summary of your symptoms and a list of questions; research different treatment options; and focus on getting your needs met - not simply on doing what you're told.

To tell your story, propose a topic or ask a question, write to: thegoodpatient@pariohealth.net. Bewley's latest book, a collection of 40 articles from this column, is available locally at Hastings and at Peregrine Books and online at Amazon. It is entitled "Not Your Grandmother's Nursing Home: Demystifying Today's Retirement Living Options."

THE GOOD PATIENT: Actions you can take when doctors act disrespectfully
MDs and RNs are known designations, but what are NPs and PAs?
THE GOOD PATIENT: What training and certification do nurses have?
How communities are addressing the physician shortage
THE GOOD PATIENT: Assumptions about motives regarding tragic mistakes may be wrong