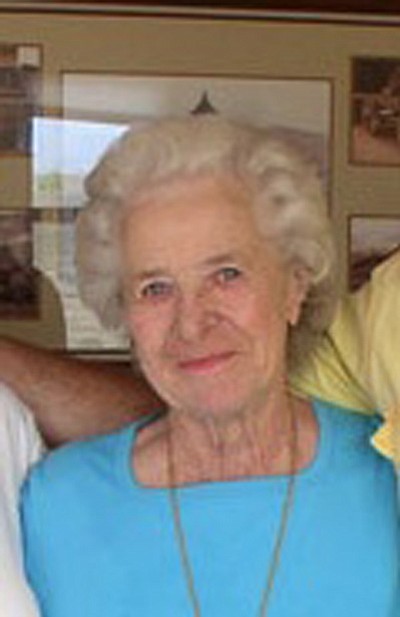 Pauline Maddux, of Prescott, Ariz., passed away on Monday, March 17, 2014 after battling Alzheimer's disease for several years. She was born Nov. 11, 1928 in Flushing, Mich. to George and Lula Love.

She had six siblings, Tom, Jim, Don, Dave, Ruth Ann and John Paul. The family moved to Prescott in 1944, where she attended Prescott High School. During this time, she met her husband of 48 years, Johnny Maddux. She had seven grandchildren and seven great-grandchildren that she adored and whom adored her. Aside from her family, cooking and sewing were a few of Pauline's many passions. After devoting her time to raise four beautiful children, she worked for many years in Prescott as a Medical Receptionist and at the Prescott VA Medical Center. She belonged to the Beta PHI Sorority, where she made life-long friends, and served as PTA President at Dexter Elementary. Pauline was a loving mother, wife, grandmother and friend. All were welcome in her home and she knew no stranger. Pauline was loved and will be missed by many.

Family and friends are invited to attend the funeral service at 11 a.m. Thursday, March 20, 2014 at Hampton Funeral Home. Graveside service will be at Mountain View Cemetery immediately following the service.

In lieu of flowers, the family request donations to the Margaret T. Morris Center, 878 Sunset Ave., Prescott, AZ 86305. Further information can be found on www.adultcareservices.org.