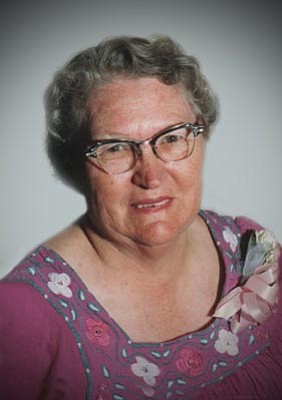 She married Carl Walters in 1932 in Prescott and they made their home in the Wickenburg area later moving to Bagdad where she has lived most of her life. Jeannette was primarily a mother and homemaker but worked for years as a postal clerk in Bagdad.

She was preceded in death by her husband Carl in 1981; her parents; a son Paul in 1934; and daughter Kathryn Hunt in 2008; as well as brothers, Edward, Bill and Jack Pearson; and sisters, Mary and Joyce; and grandchildren, Melissa Taylor, Dave Stangle and Michael Stangle.

Funeral services will be on Wednesday, March 12, 2014 at 11 a.m. at the Wickenburg Ward Chapel of the Church of Jesus Christ of Latter-day Saints with visitation prior to services from 10 to 11 a.m. Interment will follow in the Wickenburg Municipal Cemetery.

Arrangements under the direction of Wickenburg Funeral Home & Crematory.