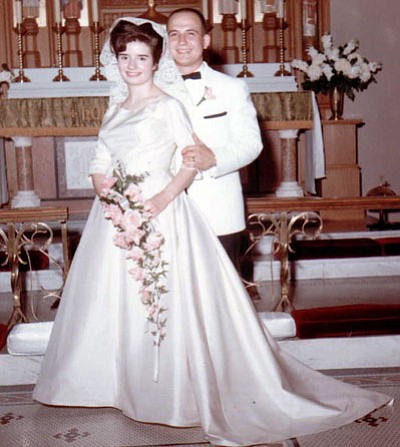 Louis A. and Rebecca Montgomery Phillips were married June 27, 1964, at Trinity Episcopal Church in Fort Wayne, Ind. They moved to Phoenix in 1984 with their three children, Richard, Jeffrey and Louisa. After Lou retired from John C. Lincoln Health Network and Rebecca retired from General Dynamics, they moved to Prescott Valley. They live at Orchard Ranch and enjoy volunteer work and traveling. They will celebrate their anniversary with an open house on Saturday. Joining them will be many relatives and friends including several of their grandchildren. They have eight grandchildren and two great-grandchildren.