Blog: The Only Road to Liberty is Tolerance Avenue 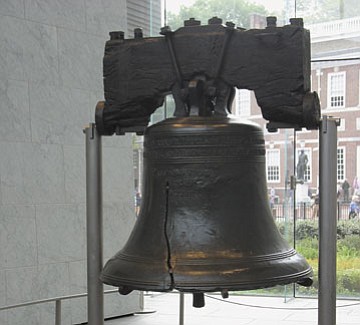 Some believe that tolerance is just an "excuse to promote liberal agendas." However, as Americans, we have a RESPONSIBILITY to show the rest of the world that liberty cannot exist where there is tyranny and that tyranny is born in intolerance.

In World War 2, we fought Hitler and fascism... In the Cold War, we fought the soviets and communism... We've spent much blood and treasure toppling two-bit dictators from third-world countries... Was the reason for all of this because we found them all to be too TOLERANT? Hardly! The antithesis is true!

Indeed, a society void of tolerance is a society full of tyranny. Wherever tolerance moves-out, tyranny begins to move-in.

With every right comes responsibility and every right of expression REQUIRES the responsibility of being tolerant. Where there is no tolerance of free speech, there is no free speech at all. There cannot be free, useful elections if the fair results are not tolerated. We cannot be blessed with our own religious freedom if we are unwilling to tolerate another's expression of that same freedom.

Liberty means allowing individuals to be their imperfect selves as long as they do not infringe upon the rights of others -(a VITAL point.) Anything short of that ultimately leads to the oppression, tyranny and loss of liberty for that individual.

Tyranny is the enemy of freedom and tyranny can rear its ugly head in ANY political party.

In this day of political polarization, we would all do well to remember this fact...

There is only one road to liberty and it is called "Tolerance Avenue". Let's join together as Americans and move forward down this path.