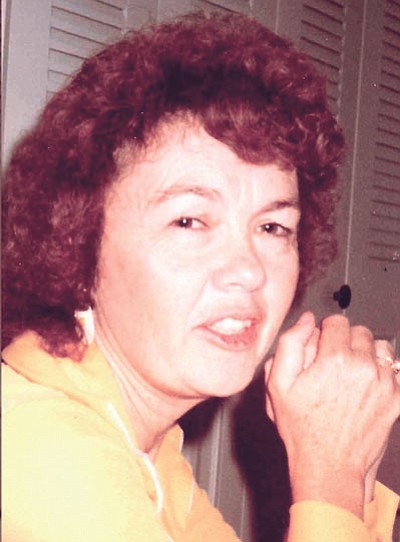 Nancy Jean Young left this world June 11, 2014, to continue her avid interest of hiking in heaven with her Lord Jesus Christ. She passed on at home in the loving company of her husband and soul mate.

Nancy was born May 10, 1936, in Salinas, Calif. to her father Clinton Frederick Thorne and mother Georgia Daphne (Woods) Thorne. She did her growing up in the agricultural town of Greenfield, Calif., graduated from King City High School and San Jose State University. Nancy met her soul mate Eugene J. Young at San Jose State and later married him. She taught elementary school briefly before becoming "the best mother ever," rearing three children and following her husband around the world as he pursued his military career. One of her greatest attributes was her quest for knowledge and she passed this along to her children by constantly taking them to museums, historical sites, etc., wherever they lived.

Later in life Nancy returned to school at Sacramento State University to attain a second degree in journalism. Then she spent several years freelance writing for newspapers and magazines on numerous subjects. She also wrote some children's books that were published in the 1980s.

Somewhere along the line she took a liking to hiking and enjoyed all of her hiking jaunts, especially with her Prescott, Ariz., hiking buddies.

Nancy, wife, mother, grandmother, aunt and cousin, will be missed by all. Her wit, knowledge and keenness to the needs of others will be sorely missed. She would always end her conversations with "Do something fun today." Now SHE will get to do something fun with her mother and aunts in heaven... and I'm sure it'll be preceded with a nice hike.