Man faces charges for shooting at the moon 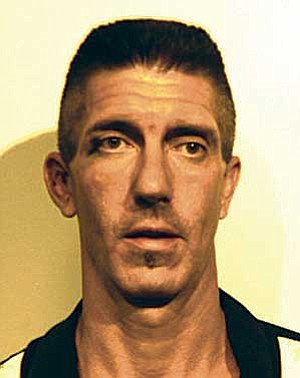 A Prescott Valley man who police said was firing a gun out a window in an attempt to shoot the moon was arrested June 6 and charged with multiple felonies, a police spokesman said.

Officers investigating a possible domestic disturbance in the area of Katie Circle heard gunshots coming from the area of Preston Drive, and shortly after that, dispatchers received a 911 call from a home in the 4400 block of Preston Drive that a man was firing shots, Sgt. Brandon Bonney said.

Police found the man, Cameron Read, 39, at the home, but he refused to come out, and caused damage to the residence, Bonney said. When he finally did come out, Read was "confrontational" with officers and resisted arrest, he said.

A 49-year-old woman and her 15-year-old son were in the house when Read, who had been talking about seeing a comet, fired out the window, Bonney said. The woman and son heard more shots as they ran.

Bonney said Read admitted to police that he was trying to shoot the moon, but wasn't trying to hurt anyone, and that he had smoked marijuana before the incident.