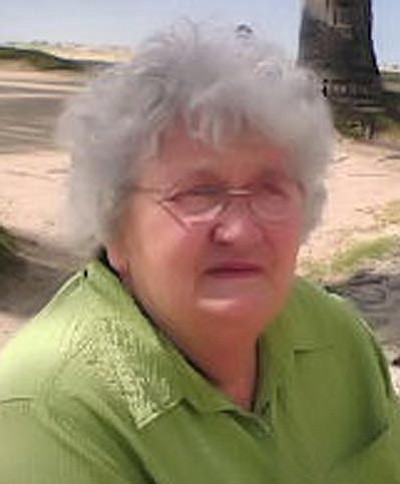 Leola grew up in Arkansas, the oldest of four girls. She met and married Ray in December of 1949. They moved to Arizona in 1952 and started a family. She was a homemaker until all three girls were raised.

In 1976, she went to work at YRMC and soon became the head cook, and remained there until she retired in 1997. Her greatest joy was always her family. She was a devout Christian all of her life.

She is preceded in death by her parents; two infant brothers; three brothers-in-law; and one son-in-law.

She is survived by her husband of 64 years, Ray; daughters, Kathy Gills of Farmington, N.M., Carol Daily of Grants, N.M. and Renita (Jeff) Donaldson of Prescott Valley, Ariz.; eight grandchildren; 11 great-grandchildren; and three great great-grandchildren; sisters, Fern (Dennis) of Arkansas, Lorene and Ufanell of Indiana; and many nieces and nephews.